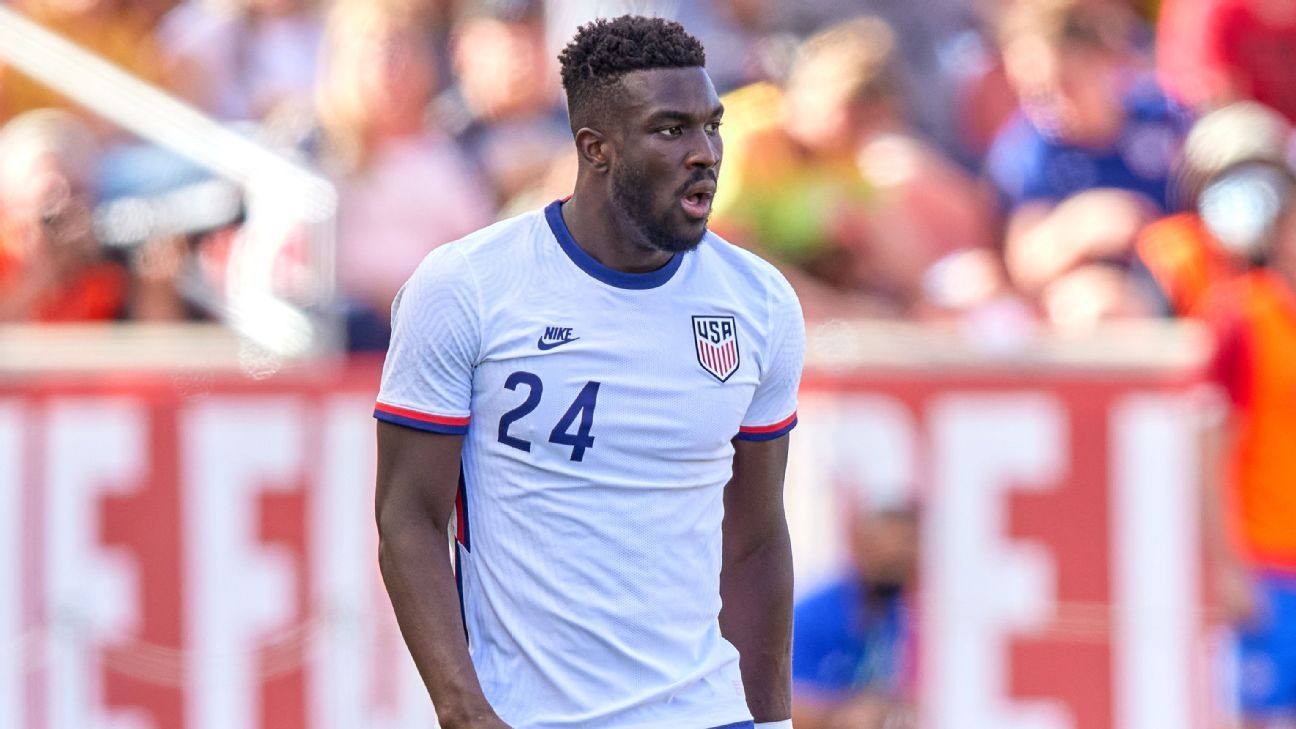 Defender Reggie Cannon, and midfielders Kellyn Acosta, Sebastian Lletget and Jackson Yueill are the only holdovers from the 23-man roster for the Nations League roster. Acosta was the only starter in the 3-2 win in the final Mexico on June 6.

The roster was announced Friday and it lacks some of the best players in the U.S. It doesn’t include Christian Pulisic, Weston McKennie, Tyler Adams, Giovanni Reyna, Sergino Dest, John Brooks, Zack Steffen and Joshua Sargent. They are being given time off ahead of preseasons with their European clubs and the start of World Cup qualifying on Sept. 2.

Guzan, 36, has 64 international appearances. He was Tim Howard’s backup at the 2010 and 2014 World Cups and started at the 2016 Copa America. He has not played for the U.S. since a September 2019 exhibition against Uruguay.

Altidore, 31, has 42 goals in 115 international appearances and also was at the 2010 and 2014 World Cups. He last played for the U.S. in the 1-0 loss to Mexico in the 2019 Gold Cup final. Also on the preliminary roster and hoping to play their way back into first-choice player pool are midfielders Julian Green and Cristian Roldan, and forwards Paul Arriola and Gyasi Zardes.

Moses Nyeman, a 17-year-old D.C. United midfielder, was included even though he is not yet eligible. Nyeman was born in Liberia and is in the process of obtaining U.S. citizenship.

Teams must submit their 23-man rosters by June 30. A team may replace an injured player up until a day before its first game. The U.S. is based in Kansas City, Kansas, for the first round and opens Group B on July 11 against Haiti, St. Vincent and the Grenadines, Guatemala or Guyana. The Americans play Martinique on July 15 and Canada on July 18.

Mexico, Curacao, El Salvador and a qualifier are in Group A; Costa Rica, Jamaica, Suriname and a qualifier in Group C; and Grenada, Honduras, Panama and invited guest Qatar in Group D. The top two nations in each group advance. The final is Aug. 1 in Las Vegas.

High U.S. gasoline prices weigh on demand as consumers start to feel the pinch, says analyst
Shutting Westminster bars not needed as MP scandals ‘bigger than hospitality arrangements’
Rescuers find body parts after deadly avalanche on Italian glacier
Tragedy as another child dies in US after being left in hot car for hours
Police release bodycam footage after black man was shot by officers in Ohio and found with 60 gunshot wounds