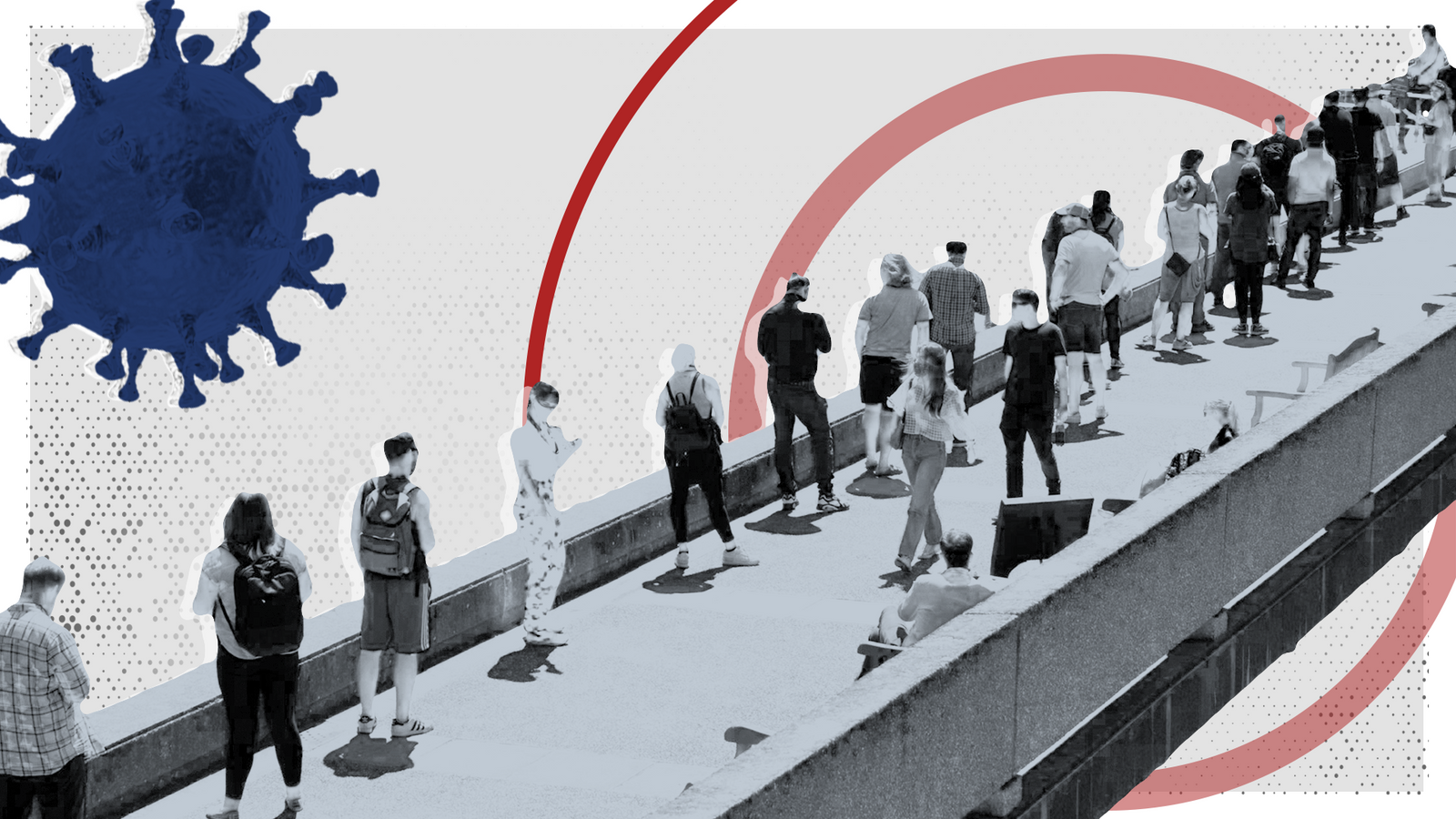 After almost a week of falling case numbers, there are tentative signs that the spread of COVID-19 in the UK is starting to slow.

Reported cases, which include tests from a number of days previously, point to a decline in infections. But numbers based on tests conducted in the previous 24 hours do not show as clear a picture.

So, what does the data tell us about the state of the pandemic in the UK?

The picture varies across nations. While Scotland saw case rates apparently peak in early July, other parts of the UK have only just begun to see infections fall over the past few days.

The chart below shows new cases based on the day someone tests positive and the data from 19 July is subject to change.

Colin Angus, senior research fellow at the University of Sheffield, says that part of this divergence could be explained in part by Scotland’s early defeat in the Euros.

He said: “In Scotland this effect seems to have fizzled out after they were knocked out of the tournament in the group stages, while for England we are still seeing the after effects of it in the data now.”

The earlier start to the summer holidays could also explain the lag between case rates in Scotland and the rest of the UK.

But even in Scotland the data is unclear. A randomised community survey by the ONS estimates that one in every 80 Scots had COVID-19 in the week ending 17 July compared with one in 90 the week before.

Dr Simon Clarke, an associate professor at the University of Reading, said: “It’s too early to read too much into the ordinary test data – we’ve seen ups and downs before and it’s longer-term trends that matter.”

Why could case rates be falling?

One reason that cases could be falling is the start of school holidays in England, as children are often asymptomatic and are not required to get daily tests outside of term time.

But data shows only a moderate drop off in lateral flow tests in recent weeks. Meanwhile, PCR tests, which account for the vast majority of the system, continue to increase.

Another factor that could be driving infection rates is the number of people in self-isolation, which increased to more than 600,000 in the week ending 14 July.

Dr Stephen Griffin, associate professor in the School of Medicine, University of Leeds, said: “The ongoing coverage of the so-called ‘pingdemic’, unhelpful as it has been, actually reflect the fact that, in response to a large surge of infections, a great many people have been asked to self-isolate recently and this could have a direct impact upon transmission.”

Is the regional picture any clearer?

In England, case rates appear to be falling across most regions among 10 to 29-year-olds, but the trend is most pronounced across all age groups in the North East and North West.

Despite the rampant spread of COVID-19 in these regions, case rates among the elderly remained low, raising the question of whether vaccines have suppressed infection in older populations.

But University of Sheffield’s Colin Angus says that he is not convinced that the outbreaks have fizzled out because the virus has run out of susceptible people to infect.

He said: “If you look at Bolton and Blackburn, the original hotspots in the Delta wave, you can see that cases didn’t really fall back that far and the outbreak has continued to rumble along there in the past month or so, seemingly under the radar.”

Whatever the trends, experts warn that any decline in cases could be short-lived.

The return of schools combined with less outdoor socialising in the autumn is likely to lead to a surge in infections. In addition, it is still too early to gauge what impact lifting England’s remaining restrictions on 19 July will have on case numbers.

Dr Clarke said: “As things stand, we really don’t have any data for the effect of what’s happened on 19 July. It should put upward pressure on infection numbers, as should any measure which allows people to mix more.”

The Data and Forensics team is a multi-skilled unit dedicated to providing transparent journalism from Sky News. We gather, analyse and visualise data to tell data-driven stories. We combine traditional reporting skills with advanced analysis of satellite images, social media and other open source information. Through multimedia storytelling we aim to better explain the world while also showing how our journalism is done.

England knock Wales out of World Cup with 3-0 win
What’s the significance of China’s anti-lockdown protests?
Ruling party will be watching as unprecedented protests break out in China, but so too will the world
BlockFi lawyer tells bankruptcy court that the priority is to ‘maximize client recoveries’
Walmart manager who shot dead six co-workers said he was compared to serial killer Jeffrey Dahmer