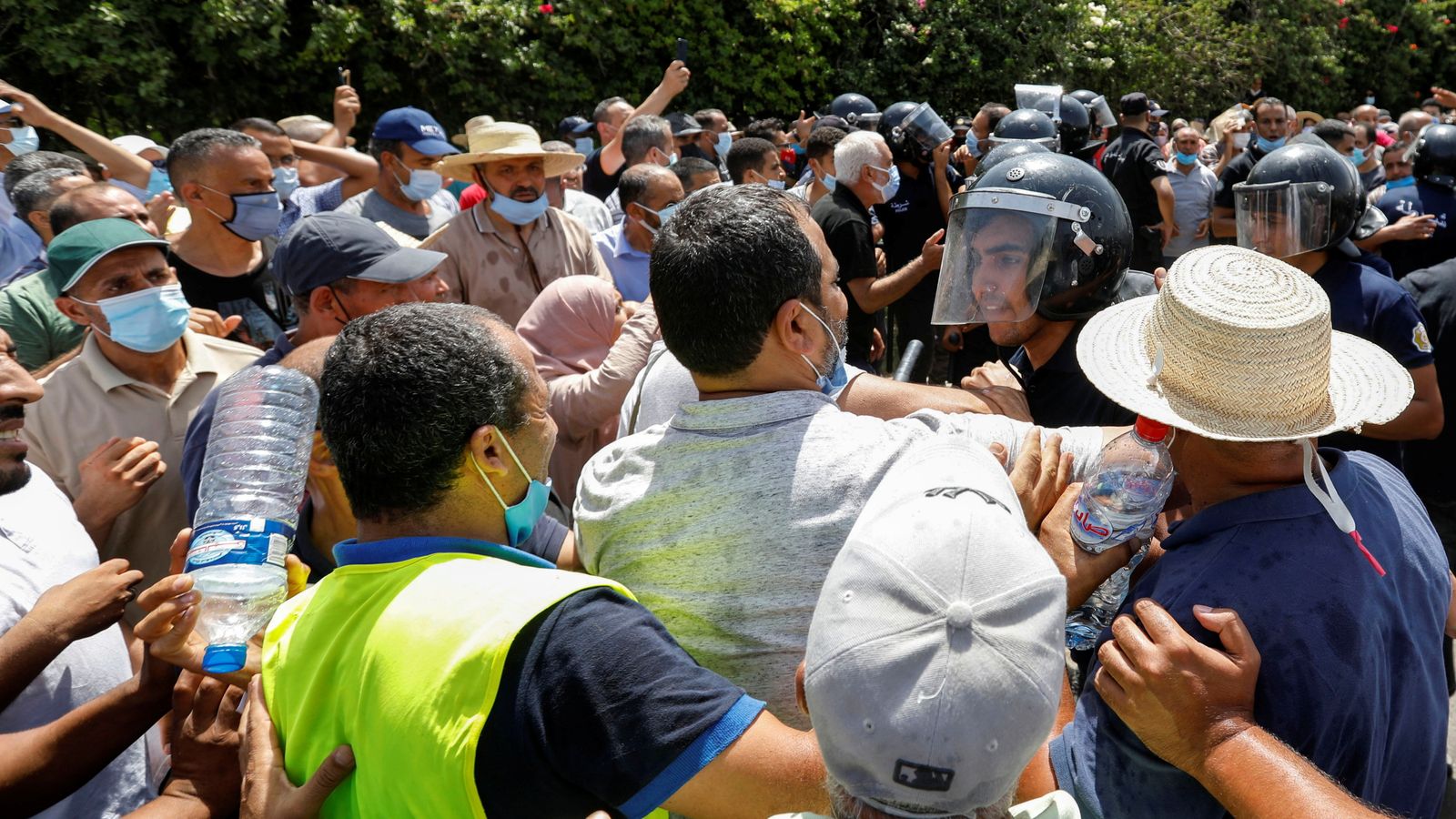 Troops have surrounded Tunisia’s parliament building as supporters and opponents of the president clashed with each other following his dismissal of the prime minister.

The violence in the capital Tunis comes after President Kais Saied ousted the government and froze parliament, with help from the army.

Officers used tear gas to disperse some demonstrators throwing projectiles at officers and made several arrests.

Late on Sunday, protesters celebrated in the streets following the announcement that Prime Minister Hichem Mechichi had been removed as leader.

President Saied invoked the constitution to dismiss Mr Mechichi and decree a freeze of parliament for 30 days, saying he would govern alongside a new premier.

Mr Mechichi is at his home and not under arrest, one source close to him and two Tunisian security sources said.

But the president’s critics have accused him of a power grab that threatens Tunisia’s young democracy.

Chief among them was the parliament speaker and the head of Islamist movement Ennahdha, Rached Ghannouchi, who called the move “a coup against the constitution and the [Arab Spring] revolution”.

On Monday morning Mr Ghannouchi arrived at the parliament building and said he would call a session in defiance of Mr Saied, but the army stationed outside stopped the 80-year-old former political exile from entering.

“I am against gathering all powers in the hands of one person,” he said, standing in front of the locked gates.

Mr Ghannouchi’s daughter and the Ennahdha Party’s international spokesperson Dr Yusra Ghannouchi told Sky News the action by the president was a “great violation of the constitution and an attempt to suspend Tunisia’s democracy”.

She called for the sides to come together through dialogue and not through coups.

Mr Saied, who swept to office in 2019 after campaigning as the scourge of a corrupt, incompetent elite, rejected accusations that he had conducted a coup.

But the action by the president poses the greatest risk to Tunisia’s stability since the 2011 revolution that triggered the “Arab Spring” and ousted an autocracy in favour of democratic rule, but has failed to deliver sound governance or prosperity.

Tunisia has descended deep into an economic crisis exacerbated by the COVID-19 pandemic.