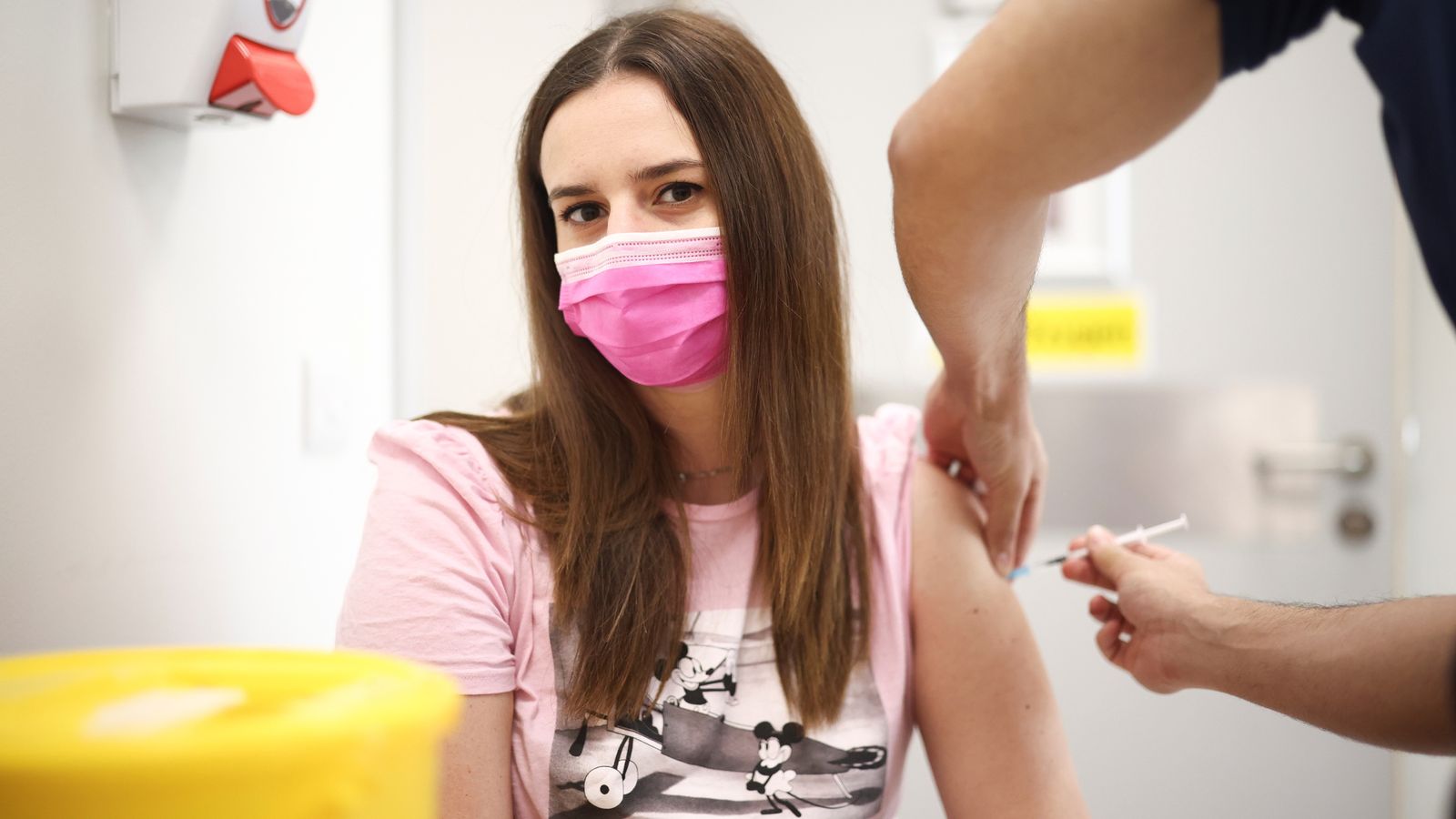 People who have received both doses of a coronavirus vaccine are half as likely to be infected with COVID-19, according to a new study.

The React trial was based on more than 98,000 randomly-selected people in England and found that if a double-jabbed person came into contact with a person who had COVID-19, only one in 25 (3.84%) would catch the virus.

And, even then, their case would generally be milder than it would have been if they had not been vaccinated.

Steven Riley, professor of infectious disease dynamics at Imperial College London, said the study showed that every person who gets vaccinated is “taking a decent chunk of potential transmission out of what may or may not happen in September”.

He added: “There has been a drop, a plateau now, and I think it is challenging to make any kind of prediction over the summer months.

“There is uncertainty around what might happen in September when schools return and (there is) increased indoor mixing.”

The percentage of those who tested positive for COVID-19 was 0.4% among those who were double-jabbed compared to 1.21% among those unvaccinated – a three-fold difference.

Researchers, after adjusting for various factors, found that vaccine effectiveness was 49% among people who said they had been double-jabbed.

“In other words, people who are double-vaccinated are half as likely to be infected,” said Professor Paul Elliott, director of the React programme, and chair in epidemiology and public health medicine at Imperial College London.

Prof Elliott added that double vaccinated people also had a lower viral load, meaning they were less likely to have severe infections than those who only had one vaccine dose or those who were unvaccinated.

“There are some double-vaccinated people who will get infected because even with very high protection, it’s not 100%,” he added.

Every COVID-19 swab the researchers looked at showed people were infected with the newer variant.

Health Secretary Sajid Javid said: “Our vaccination rollout is building a wall of defence that means we can carefully ease restrictions and get back to the things we love, but we need to be cautious as we learn to live with this virus.”