A row over how much of the investigation into alleged Downing Street lockdown parties will be published has erupted over claims only some of it may be made public.

Downing Street has suggested sections of the report will be published after the Met Police announced on Tuesday it is investigating several of the gatherings in question.

It said the inquiry, carried out by top civil servant Sue Gray, can still be published but only the parts not being investigated by the police.

However, Sky News understands the Met has not raised an objection to the inquiry being released – in full – before its own criminal investigation has concluded.

Boris Johnson‘s spokesman has insisted No 10 is not trying to block publication of the report but it is in talks with Ms Gray’s team and the Met over what can be published.

As Ms Gray is understood to have finished, or nearly finished, her investigation this means the report could be published in the coming days.

Additionally, more than 130,000 members of the public have signed a petition calling for the full transcript to be released, in the name of democracy and transparency.

Read more: Boris Johnson willing to be interviewed by police but does not think he has broken law – No 10 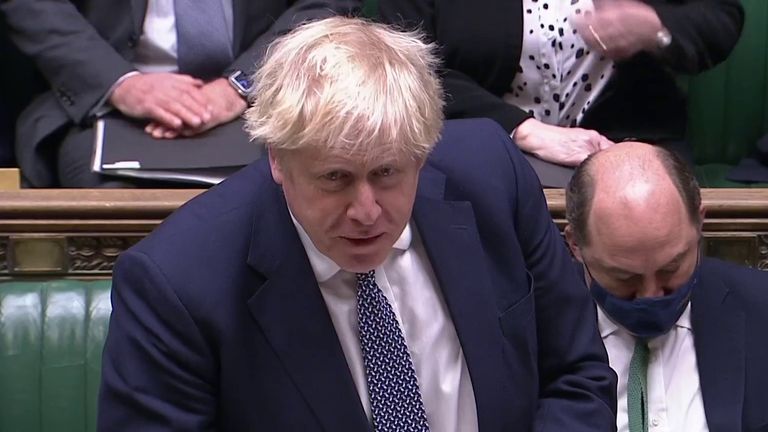 Can the full report be legally published?

Yes, according to barrister and legal commentator Chris Daw.

He told Sky News: “There is absolutely no legal reason the report couldn’t be released in full.

“We’re talking about an investigation into breaches of the COVID regulations and they’re not subject to contempt of court legislation.

“They would only ever be heard in a magistrates’ court, there’s never a prospect of a jury trial.”

Mr Daw said the only reason to not release the report in full “would be political”.

“I would struggle to think of a better argument for public interest than this report,” he added.

Read more: What could Sue Gray’s inquiry into No 10 parties mean for PM and who decides what happens next?

Can all the evidence be published alongside the report?

Ms Gray has gathered evidence in the form of interviews, emails and texts.

However, the Cabinet Office is understood to be considering publishing a limited report of Ms Gray’s findings, with the names of some individuals who are facing disciplinary action removed.

Mr Daw said there is “no legal reason everything can’t be published” but it is “a matter for the government to decide”.

The only exception, he said, would be if witnesses have given evidence under the protection of whistleblowing legislation, which “would provide legal difficulties”.

“Assuming they were taken without assurances of whistleblowing protection, I see no reason all the evidence isn’t published as well,” he said.

Deputy PM Dominic Raab said how the report is published “will be for the prime minister to decide,” he told the BBC over the weekend.

Labour has called for it to be published in full, “with all accompanying evidence”.