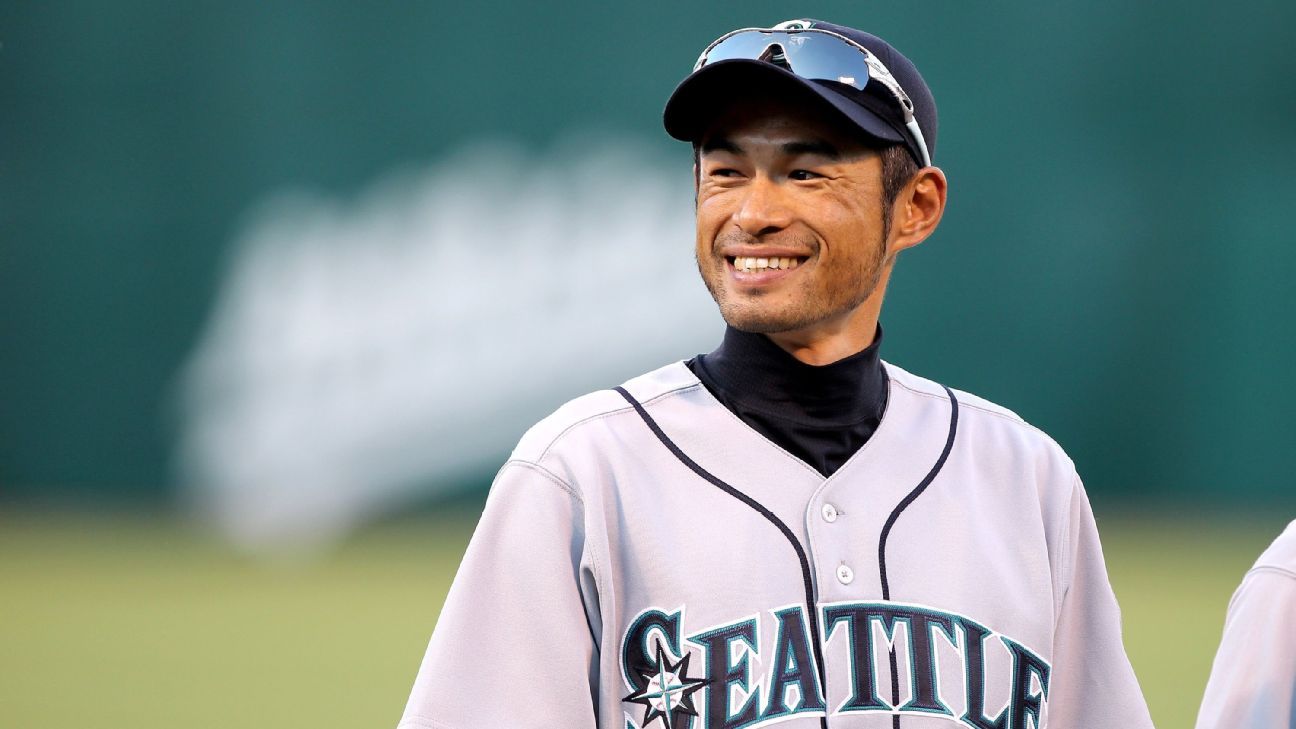 As the Baseball Hall of Fame prepares to enshrine David Ortiz, plus the six former players elected last month, let’s look ahead to see what might happen over the next three Baseball Writers’ Association of America elections.

Oh, don’t worry — we haven’t heard the last of the Hall of Fame debates surrounding Barry Bonds, Roger Clemens, Curt Schilling and Sammy Sosa. All have seen their 10-year timespan on the writers’ ballot expire, but there is always a committee hearing to reconsider their fates. The Today’s Game era committee of the Hall of Fame will meet in December to discuss the merits of 10 candidates who made their mark in 1988 or later, and all four will be eligible — although not guaranteed — to be placed on the ballot (another committee will determine who goes on). The Central Committee’s meetings following Stalin’s death were probably less contentious than these will be.

Keep this in mind: The writers want to elect players. The average ballot in the 2022 election contained 7.11 names, and 33.8% of the 394 voters turned in ballots with the maximum allowable 10 names. It’s just difficult reaching 75% consensus. With the removal of Bonds, Clemens, Schilling and Sosa and the addition of only one strong candidate in Beltran, however, the 2023 ballot will be the weakest since 2008, when Goose Gossage was the only player voted in. In theory, that should help Scott Rolen, the leading returning vote-getter who received 63.2% in his fifth year on the ballot. Todd Helton (52.0%) and Billy Wagner (51.0%) could also see a big boost.

Beltran will present a new dilemma to voters, who must weigh his role as mastermind of the biggest cheating scandal since the 1951 Giants when he played for the Astros in 2017. That cost Beltran his impending job as Mets manager in 2020 and stained what otherwise looked like a pretty solid Hall of Fame case.

He is one of 39 players with both 1,500 runs and 1,500 RBIs. The others are either in the Hall of Fame, will be (Albert Pujols, Miguel Cabrera), or otherwise would be if not for performance-enhancing drugs (Bonds, Alex Rodriguez, Manny Ramirez), with the possible exception of Gary Sheffield, who remains on the ballot after receiving 40.6% of the vote. Beltran’s career WAR of 70.1 puts him eighth all time among center fielders, which may be a little surprising to learn.

That feels like a Hall of Famer, although I wouldn’t have described Beltran as a slam-dunk first-ballot selection. He’s a tough guy to evaluate because he was really two different players over the course of his career. With the Royals, a lot of his value came from his stolen bases and defense. Then he had that absurd season in 2004 (38 home runs, 42 steals) when he was traded to the Astros and went wild in the postseason. He signed the big contract with the Mets, then played for five other teams (which in itself hurts his Hall of Fame chances); he didn’t run as much, moved to right field and was a negative on defense.

He’s 13th in wins above average among center fielders (including behind Kenny Lofton, Andruw Jones and Jim Edmonds), so he was a little bit about career length over dominant peak value, but add it up and he’s a top-10 center fielder. That’s a clear Hall of Famer.

Then came the scandal. So now voters get to weigh the morality of sign stealing, which will likely cost Beltran some votes.

1. Rolen split his career between the Phillies, Cardinals and Reds. As Bill James recently studied, players associated with one team — such as Ortiz with the Red Sox (yes, he played with the Twins, but all his career value came with Boston) — fare MUCH better in Hall of Fame voting than players like Rolen or Beltran.

2. As Joe Posnanski pointed out, the BBWAA has never really elected a third baseman primarily because of his great defense, with the exception of Brooks Robinson (who, mind you, had 2,848 hits and won an MVP Award) and Jimmy Collins. But other terrific glovemen such as Buddy Bell and Graig Nettles didn’t sniff Cooperstown, whereas as many shortstops have been elected because of their defense. On the other hand, Rolen was a much better hitter than Robinson (122 OPS+ to 105).

Voting results for the Class of 2022 are in. Here’s what you need to know.

3. Rolen’s career length is a little short, as injuries limited him to only three seasons of 500 plate appearances or more after turning 30. Rolen did barely cross the 2,000-hit barrier, which has always been sort of a de facto roadblock for BBWAA election for modern players.

Leaving aside the steroids guys and Schilling, let’s see how long it took recent inductees to get in once they reached at least 60%:

Note that Walker, Martinez and Raines all received big bumps on their final turn on the ballot. Rolen still has time. Still, the less crowded ballot will help, and I’d compare him in a lot of ways to Mike Mussina: split his value between two teams, not an obvious inner-circle guy, reached 60% on his fifth ballot. Mussina made it on his sixth and it looks like Rolen will similarly squeak in.

Now it gets a little more interesting. Beltre is a no-brainer first-ballot selection. He’s the all-time leader among third basemen in hits and RBIs, third in home runs and runs, and third in WAR behind Mike Schmidt and Eddie Mathews. If Rolen doesn’t make it in 2023, he might not make it in 2024 since he loses out to Beltre in a head-to-head comparison, which would make it difficult to win over new voters. Interesting note: Rolen had a higher career OPS+ than Beltre, 122 to 115.

Utley and Mauer are similar: two players with amazing value at their peak but with shorter careers and thus career-counting stats that are a little lacking. Both had fewer than 8,000 career plate appearances, and the only Hall of Famers who began their careers after 1960 the BBWAA has elected with fewer than 8,000 PAs are Kirby Puckett and Mike Piazza (the era committee also just voted in Tony Oliva). Utley is also short of that magical 2,000-hit barrier.

Utley is a sabermetric favorite, as his 64.5 career WAR ranks 14th among second basemen — although three of those ahead of him are not in (Lou Whitaker, Bobby Grich, Willie Randolph). Utley’s defensive value is going to come under a lot of scrutiny. He was never regarded as a top defender via reputation — he never won a Gold Glove — but he rates extremely well via the defensive metrics caked into WAR. Baseball-Reference credits him with 131 runs saved above average, using defensive runs saved (which has been around since 2003, covering Utley’s entire career), and while different metrics are used for previous generations, B-R credits him with the sixth-most runs saved all time among second basemen. The 131 runs are equal to about 13 wins of value.

It’s possible Utley actually was a generational defender, although not necessarily because of his physical gifts. He was an early proponent of playing much closer to the first baseman than the typical second baseman. While he gave up some extra hits up the middle, he saved many more hits otherwise headed into right field. Essentially, in those pre-shift days early in his career, he was shifting on his own. 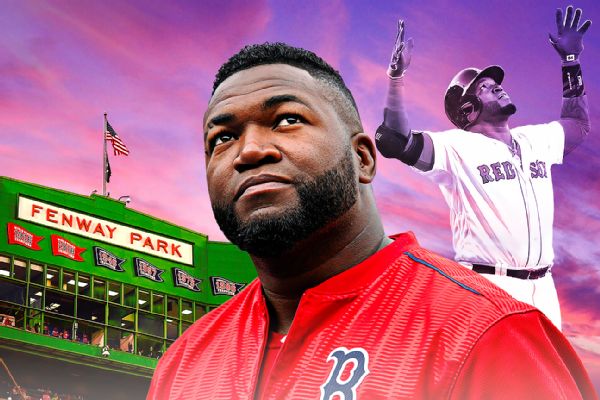 As David Ortiz enters the Hall of Fame, we celebrate the best of his one-of-a-kind career.

How Ortiz became a Boston legend
Ortiz, Griffey, A-Rod and an epic HR Derby
Love him or hate him, Ortiz is an icon

It all makes for a complicated Hall of Fame case. He was undoubtedly a Hall of Fame-level player from 2005 to 2009, when he hit .301/.388/.535 and averaged 29 home runs and 101 RBIs. Teammates Ryan Howard and Jimmy Rollins won MVP Awards, but Utley was the best player on those Phillies teams. Let’s put it this way: Utley isn’t going to get in right away.

Mauer finished with 55.2 WAR, a Hall of Fame-caliber number for catchers — except he played just under 50% of his career games behind the plate. From 2005 to 2013, his years as a catcher, he hit .323/.406/.466 and won three batting titles, three Gold Gloves and an MVP Award. He was on a clear Hall of Fame trajectory until concussions caused a move to first base. In his five seasons as a first baseman, he hit .300 just once and topped out at 71 RBIs. Did he do enough as a catcher to warrant induction? I believe so, but it’s not going to happen on the first ballot.

Ichiro will be a first-ballot selection, and while he’s not an inner-circle Hall of Famer based on his career value, I think he has a chance to be a unanimous selection. Who wouldn’t want to vote for Ichiro?

The more interesting case is Sabathia. Let’s compare him to Andy Pettitte, his former Yankees teammate — and a player who has struggled to gain any major traction (10.7% in 2022, with his total actually going down from 2021):

Whew, that’s about as similar as you can get. So will Sabathia struggle to get support as well? Not necessarily. He did have a higher peak level of performance than Pettitte, with four 6-WAR seasons and three others above 4. Pettitte’s best three were 8.4, 6.8 and 5.6, with nothing else above 3.8. Sabathia won a Cy Young Award and had four other top-five finishes, while Pettitte had one second-place and three other top-fives. From 2007 to 2012, Sabathia ranks behind only Roy Halladay (34.8 to 33.8) in WAR, so he was in the discussion as best pitcher in the game for a lengthy time. You wouldn’t have said that about Pettitte. Despite Pettitte’s record for most postseason wins, I think Sabathia has the better chance to get in via the BBWAA. Pettitte is clearly a prime candidate for a future era committee, though the committee will have to weigh his admitting to HGH use and being named in the Mitchell Report.

I would love to argue the Hall of Fame cases for Pedroia and Hernandez, and they certainly felt like future Hall of Famers circa 2013. But Pedroia battled injuries and Hernandez lost his fastball. From 2009 to 2015, Hernandez went 104-65 with a 2.83 ERA, ranking second to only Clayton Kershaw in WAR. He was just 30 years old, but he would go 26-35 with a 4.89 his final four seasons, leaving him a little short of Hall standards despite that run as one of the best.

Ukraine War: What will it mean if Finland and Sweden join NATO?
Prescription charges frozen as ministers wrestle with cost of living crisis
Remains of teenage girl found 13 years after she disappeared on holiday
‘Hero’ security guard and shoppers among 10 victims of US supermarket shooting named by police
Biden puts US on a war footing over baby formula shortage