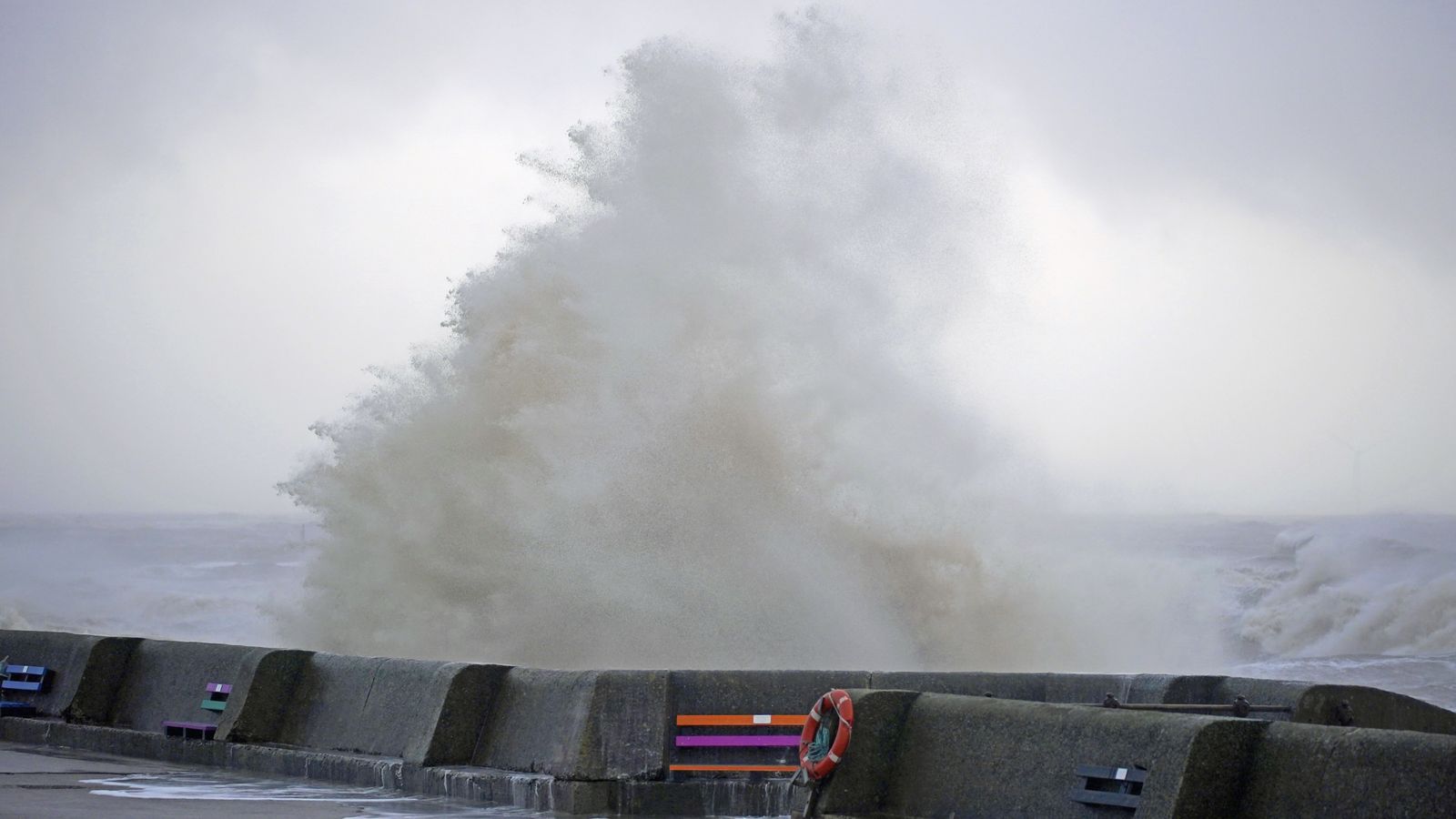 Winds of up to 80mph are expected to batter a large part of the UK over the coming days threatening life, building damage, power cuts and travel disruption.

The Met Office has issued yellow weather warnings for Storm Malik as it deals a “glancing blow” to the country and tracks across northern areas this weekend and into Monday, bringing with it rain as well as strong gales.

Gusts could reach up to 80mph in exposed coastal areas, but more widely 60mph as the low pressure system passes over Northern Ireland, Scotland and the top half of England as it heads eastwards towards Denmark.

Forecasters have alerted the risk of injuries and danger to life from flying debris and large waves along sea fronts.

The warnings are in place between 4am on Saturday and noon on Monday.

Met Office chief meteorologist Paul Gundersen said: “The impacts of Storm Malik are going to be greatest in Denmark on Sunday, but the track of the storm in the preceding hours means that the UK will be dealt a glancing blow as Malik moves eastwards on Saturday.

“For those in the North of the UK there will be high winds and rain on Saturday, with showers possibly turning wintry in the high ground in the North.

“The highest winds are expected in exposed coastal areas in the North and East of Scotland, but it will be a windy day for most.”

Further south, the weekend weather will feature some blustery winds, with some small amounts of rain.

Storm Malik was named by the Danish Meteorological Institute, with the biggest impact expected there.

It forms part of the northern group of European nations that name storms.

Check the forecast in your area here

The next storm to directly impact Ireland, the Netherlands or the UK will be called Storm Corrie, in line with this year’s list of storm names.