The Liberal Democrat leader has claimed that Boris Johnson bears responsibility for a rotten political culture and that Tories are “dragging their feet” over rape claims against an MP.

Sir Ed Davey told Sky News’s Kay Burley that the arrest of an unnamed Conservative over a series of allegations was “utterly shocking”.

He said some MPs were “behaving outrageously” and that in other walks of life they would be expected to lose their jobs – but that Tories were “dragging their feet” when it came to one of their own number.

Politics hub: Rishi Sunak accused of being ‘tone deaf’ as he faces calls to act on cost of living

“This is becoming a theme,” he said. “And maybe it’s because the prime minister breaks the law and lies about it and gets away with it.”

“It’s the prime minister who’s created a culture, particularly in the Conservative party, and this is setting a very bad example for our country, for our young people.”

Sir Ed, who has previously called for the PM to quit after he was fined for breaking lockdown rules, said: “I don’t believe he’s a decent person, he’s not a decent person to be the prime minister of our great country.

“This whole culture… a fish rots from its head and I think if we got rid of the prime minister it would be a big step forward in beginning to address some of these problems.”

Labour’s shadow levelling up secretary Lisa Nandy told Sky News that most people working in parliament were decent and professional but that there was “still far too much of an old boys’ club about it”.

She added: “It is disgraceful but I also think it’s cultural. 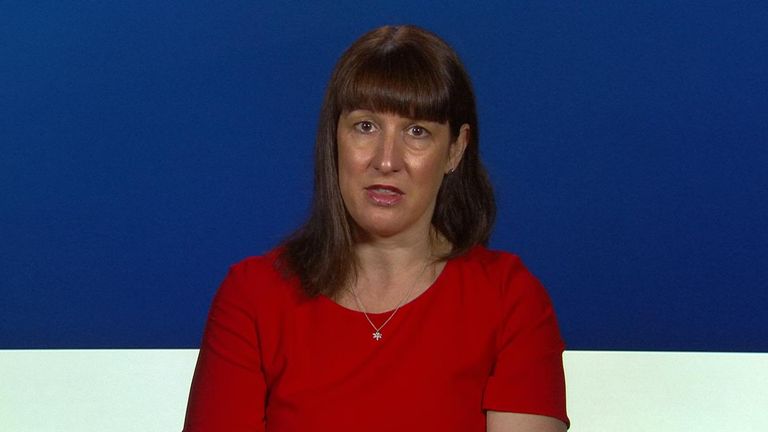 “I think there’s some kind of feeling of entitlement amongst some of the members of parliament – not many, most of us are quite normal people.

“But there is this feeling of arrogance, of entitlement, this culture that has grown up that I think we’ve got to consign to the bin of history.

“This is 2022 and we cannot continue with a situation where a small minority of people are able to walk around behaving like this at the heart of our democracy.”

The unnamed MP who has been arrested faces an investigation into alleged offences in London between 2002 and 2009.

It follows the resignation of another Tory MP, Imran Ahmad Khan after he was found guilty of sexually assaulting a 15-year-old boy.

Sir Ed said in response to the latest claims: “It is utterly shocking. There are some MPs who are behaving outrageously and wrong and they need to be punished.

“Your viewers, if they behaved in their workplaces in the way that some MPs are behaving, they would lose their jobs.”

Sir Ed added that “of course” the Tory whip should be removed from the MP who has been arrested – and since bailed, adding “It shouldn’t even be a question.”

“There needs to be due process… but in the mean time during these investigations of these extremely serious allegations of course the whip should be removed.

“I can’t believe the Conservatives are yet again dragging their feet when one of their own has broken the law.”

Foreign secretary Liz Truss told Sky News on Wednesday: “It is worrying that we are seeing these appalling accusations again about a parliamentarian.”

Boris Johnson’s spokeswoman has said the prime minister was “shocked” to learn of the allegations against the unnamed MP and she suggested if charged they would expect to lose the whip.

Gordon Brown says Britain is ‘at war with America over Ireland’
A ‘wow’ moment from the most recent Jan. 6 committee hearing
Biden opens the possibility of more offshore oil drilling in the Gulf of Mexico
PM ‘not aware of specific claims’ about disgraced MP and thought he was ‘best choice’ for deputy chief whip job
How Denver Broncos QB Russell Wilson keeps his offseason from being a distraction