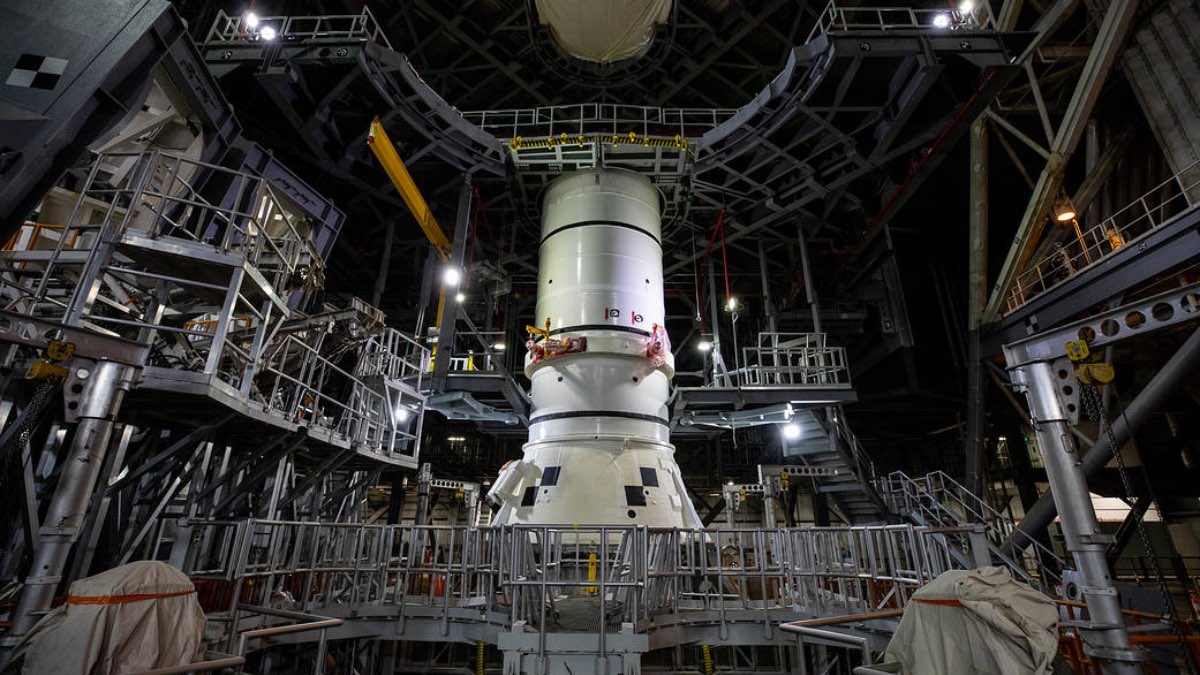 NASA is planning to make another attempt at testing the Artemis 1 SLS rocket in early June for the last time before launching it into space. The space agency said it will bring the Space Launch System (SLS) rocket and Orion spacecraft to the launchpad at the Kennedy Space Centre in Florida in early June for the next wet dress rehearsal attempt. A wet dress rehearsal involves following all the launch-day procedures, including loading the propellant, without actually launching the mission. This activity is aimed at finding any issues with the system and rectifying them in time for the actual launch.

With June as the target for the next test attempt, the launch of the Artemis 1 unnamed mission is expected to be pushed back again. The ambitious mission to send humans to the moon has faced several delays in its timeline. On the first flight, NASA will not send astronauts but the Orion spacecraft will fly around our closest celestial neighbour to study it.

NASA, in a blog post, said that its engineers have successfully addressed issues identified during previous rehearsal attempts of SLS, including the liquid hydrogen system leak. “Plans call for the next wet dress rehearsal to take place about 14 days after the rocket arrives at the pad,” it added. NASA officials said they are aiming for a launch window in August.

Previous attempts at conducting the wet dress rehearsal had to be either halted mid-way or delayed because of technical issues. The agency first delayed the final tests scheduled for April 4 after identifying issues with the helium check valve. A second attempt, on April 14, was prevented after a leak was discovered during liquid hydrogen loading operations. The rocket had to be rolled back to the vehicle assembly building for troubleshooting.

The SLS is designed to be the most powerful rocket ever built and it can carry more payload to deep space than any other vehicle. NASA plans to use it for human exploration of the moon and Mars, and send robotic missions to Saturn and Jupiter.