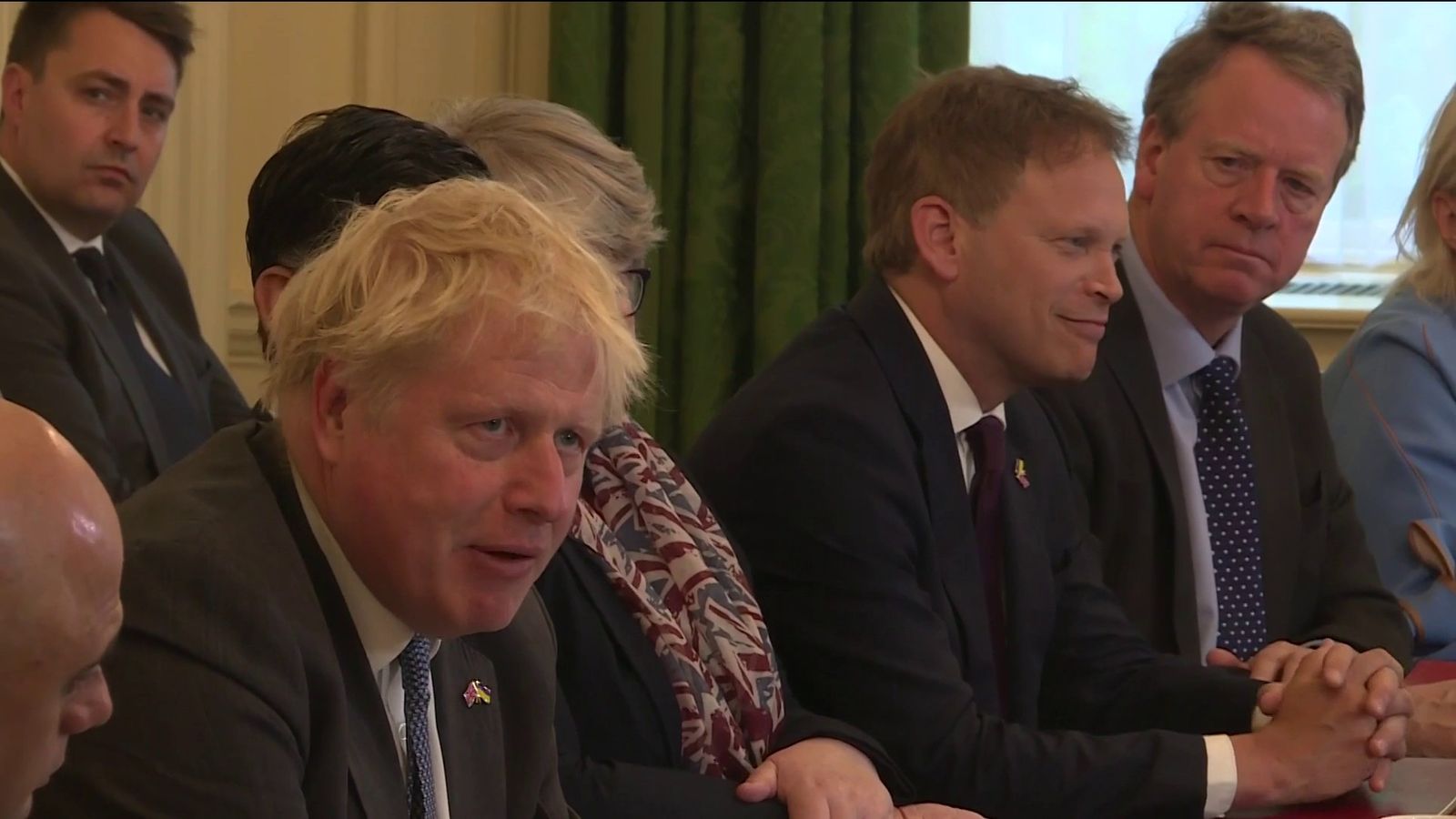 Commuters must be prepared to “stay the course” in the face of the “unnecessary aggravation” caused by rail strikes, Boris Johnson has warned.

He made the remarks came at the start of a Cabinet meeting on the first day of walk-outs across the network that are the biggest for three decades, leaving millions facing inconvenience.

The RMT union is in dispute with rail bosses over pay, jobs and conditions as they attempt a shake-up in the wake of the COVID-19 pandemic – which has transformed passenger behaviour.

Mr Johnson told Cabinet colleagues that reform of the network was needed as major infrastructure projects such as HS2 take shape – and his remarks suggested commuters should brace themselves for more inconvenience as unions resist.

The PM said: “We need the union barons to sit down with Network Rail and the train companies and get on with it.

“We need, I’m afraid, everybody, and I say this to the country as a whole, we need to get ready to stay the course.

“These reforms, these improvements in the way we run our railways are in the interests of the travelling public, they will help to cut costs for farepayers up and down the country.”

The remarks were made to cameras allowed in to film part of the Cabinet meeting but without Mr Johnson or any other minister taking questions from journalists.

‘It’s like waiting for Christmas’: Backstage with… Steve Carell as Gru and the Minions return
Adele ‘thrilled’ as she performs her first UK gig in five years
At least five dead in shooting at Chicago Fourth of July parade
Toyota just started its BEV program, but it wasted all its tax credits on hybrids
UK-based startup Tevva launches hydrogen-electric truck with 310-mile range