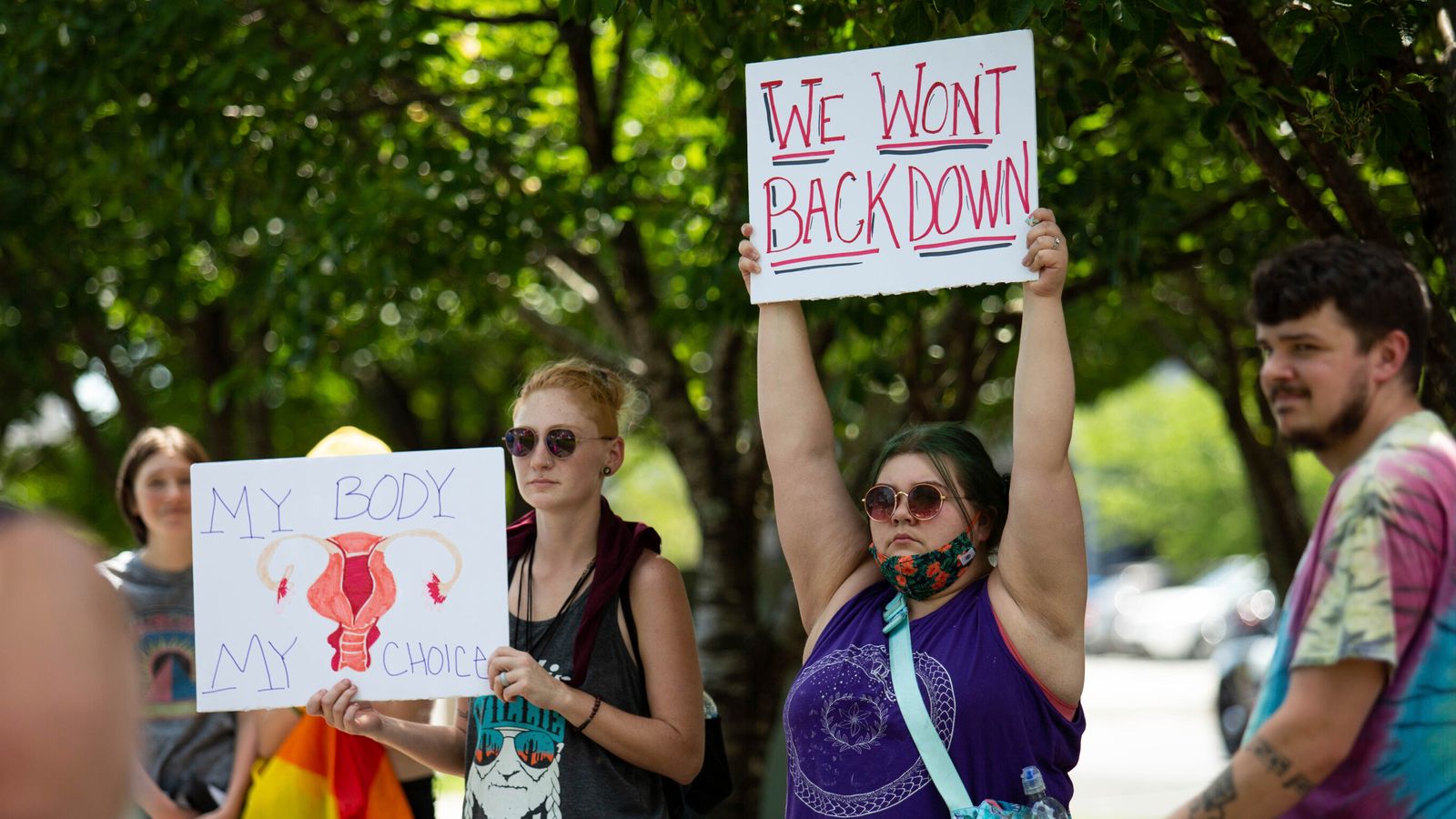 A judge has stopped the US state of Kentucky from imposing an almost complete ban on abortion.

A law enacted there in 2019 proposed stopping virtually all terminations in the event that Roe v Wade – which gave women constitutional rights to end a pregnancy – was overturned.

The US Supreme Court voted to do that on Friday.

Since then, almost 200 women with scheduled appointments have been turned away from an abortion clinic in Louisville, according to Heather Gatnarek, a lawyer with the American Civil Liberties Union (ACLU).

Women are being “forced to carry pregnancies against their will”, campaigners said.

Judge Mitch Perry issued a temporary restraining order after being petitioned by two clinics, clearing the way for abortions to resume.

The clinics challenged the almost total ban, and another law which bars terminations after six weeks of pregnancy.

The law that was triggered on Friday has very limited medical exceptions, permitting a termination only to prevent the death of a woman or serious, permanent injury.

It does not permit abortions in cases of rape or incest.

The situation in Kentucky is being echoed across the country.

In Florida, circuit court judge John Cooper has said he will grant a petition from abortion rights groups to put a state law that would bar abortions after the 15th week of pregnancy temporarily on hold.

Attorneys for the two Kentucky clinics argued that the state’s constitution protects the right to an abortion.

But Kentucky Attorney General Daniel Cameron argues that no such constitutional right exists.

Judge Perry heard presentations from both sides before issuing his order.

“We’re glad the court recognised the devastation happening in Kentucky,” Planned Parenthood and the ACLU said in a joint statement.

“Since the Supreme Court overturned Roe v Wade last Friday, numerous Kentuckians have been forced to carry pregnancies against their will or flee their home state in search of essential care. Despite this victory, we know this fight is far from over.”

Monkeypox – how does it spread and what are the symptoms?
Gig economy stocks pop after companies show strong demand for their services
Man who created fake fundraiser for veteran spent over £300k on holiday and shopping splurge
Conspiracy theorist Alex Jones ordered to pay another $45m to parents of Sandy Hook victim
New Flexible Wearable Device Can Analyse Health Data by Mimicking Human Brain