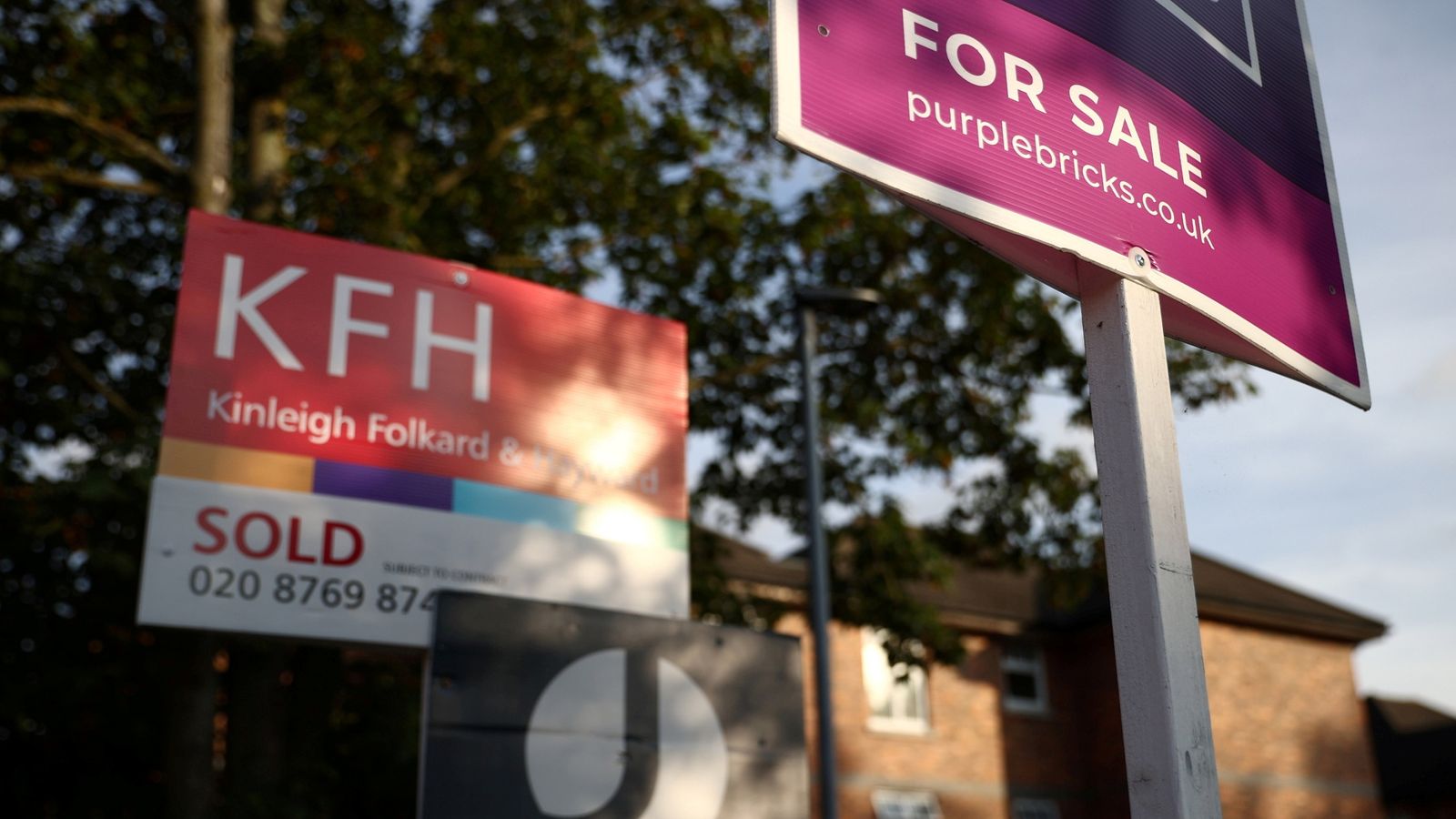 Homeowners could soon be taking out 50-year mortgages to then be passed on to their children when they die, under new plans being considered by the government.

The Japanese-style lending agreements could see people being able to buy a home with little or no expectation of completing mortgage repayments during their lifetime.

Instead the property and outstanding debt would be passed on to their children.

It comes as mortgage borrowing fell by 36% in April in another signal that the red-hot housing market is starting to lose momentum.

The idea has been floated within government as it could allow people to buy a bigger home than they otherwise might be able to afford.

How long could the mortgages be for?

In Japan, terms of 100 years have been issued, but experts were sceptical about the impact the proposal would have in the UK.

The government is already trying to increase home ownership with a package of measures, including extending the right-to-buy to housing association tenants and trying to increase access to 95% mortgages for buyers struggling to save for a deposit because of high rent levels.

Asked about the mortgage idea during a visit to Madrid this week, the prime minister told reporters: “I do think there’s a lot more scope to help people with 95% mortgages, there are quite a few products available now, which we’ve tried to encourage.

“But also, we want to find all sorts of creative ways to help people into ownership.

“Last year, actually, we had 400,000 first-time buyers, that’s a great number, we’re starting to turn the tide, but it is crucial for this government and for our overall economic story if those numbers continue to be strong.

“We need young people to have the confidence, to have the deposits, the mortgage packages to be able to get into ownership.”

Read more:
How the interest rate rise to 1.25% will affect mortgages

The most popular mortgage length among first-time buyers is around 30 to 35 years but a multi-generational approach could extend that by decades.

However, commentators warned it would not address problems of housing supply and could further drive up property prices.

Scott Taylor-Barr, financial adviser at Carl Summers Financial Services, said: “I feel that Boris Johnson is coming at this from the wrong direction.

“It is not the mortgage market that is preventing people from becoming homeowners; it is the cost of property in relation to people’s earnings.”

Energy bills expected to hit £4,200 in January, according to dire new forecast
Sunak promises ‘hundreds of pounds’ more for each household’s energy bills as Truss refuses to commit to extra support
Coinbase shares drop on billion-dollar loss in second quarter and revenue miss
Kurt Busch to miss 4th race: ‘Clear I’m not ready’
650 children – mostly black boys – strip-searched by Met Police in just two years, with some as young as 10