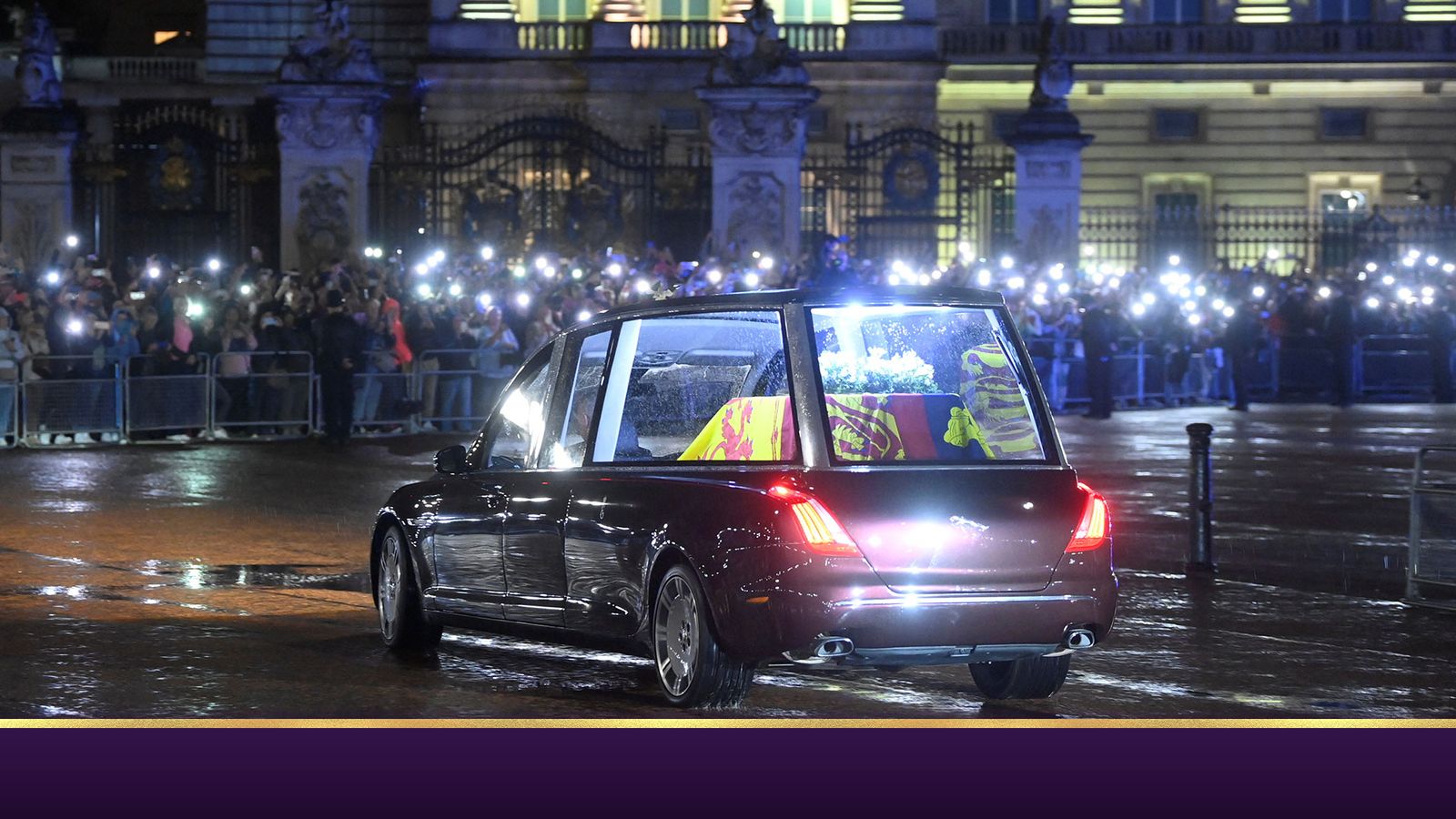 Huge crowds lined the streets to watch as the Queen’s coffin completed its journey from Edinburgh to Buckingham Palace.

The coffin, draped in the Royal Standard flag, arrived at RAF Northolt in northwest London shortly before 7pm after receiving a guard of honour as it was placed on an aircraft in Edinburgh.

On the route into central London, mourners gathered on both sides of the road to watch as the procession went past.

Some threw flowers towards the black hearse as a mark of respect to the Queen, whose coffin was illuminated within.

Three police motorbikes in tight formation led the way for the cortege, their blue lights flashing.

On the opposite side of the road, traffic was at a standstill and drivers got out of their vehicles to catch a glimpse of the procession as it went past.

The cortege travelled along the A40 and on Westbourne Terrace towards Marble Arch, down Park Lane and Hyde Park Corner and along Constitution Hill.

After a journey of about an hour, the procession drove down The Mall and arrived at Buckingham Palace.

Many people lining the street put down their umbrellas as a sign of respect while some could be seen wiping tears from their eyes.

Crowds gathered outside cheered and applauded as the late monarch finally passed through the palace gates.

Some called out “hip hip hooray” after the coffin drove under the arch.

Inside, three officers and 101 guardsman from the 1st Battalion Coldstream Guards waited to give the procession the royal salute.

The Queen’s coffin will rest in the Bow Room at the palace overnight.

On Wednesday it will be moved to Westminster Hall for the lying in state, which will continue until Monday morning.

Hundreds of thousands of mourners are expected to view the Queen’s coffin and pay their respects.

After witnessing the arrival of the Queen’s coffin, the King and Queen Consort later left Buckingham Palace.

Google adds new search features to try to give users the ‘vibe’ of a city or neighborhood
Florida pummelled by one of the most powerful hurricanes in US history
As 125 die in stadium violence, ex-Indonesia manager says fans’ passion can have devastating results
Europe vows ‘robust and united’ response to suspected sabotage of two Russian gas pipelines
Special master orders Trump to provide proof backing up claim about FBI