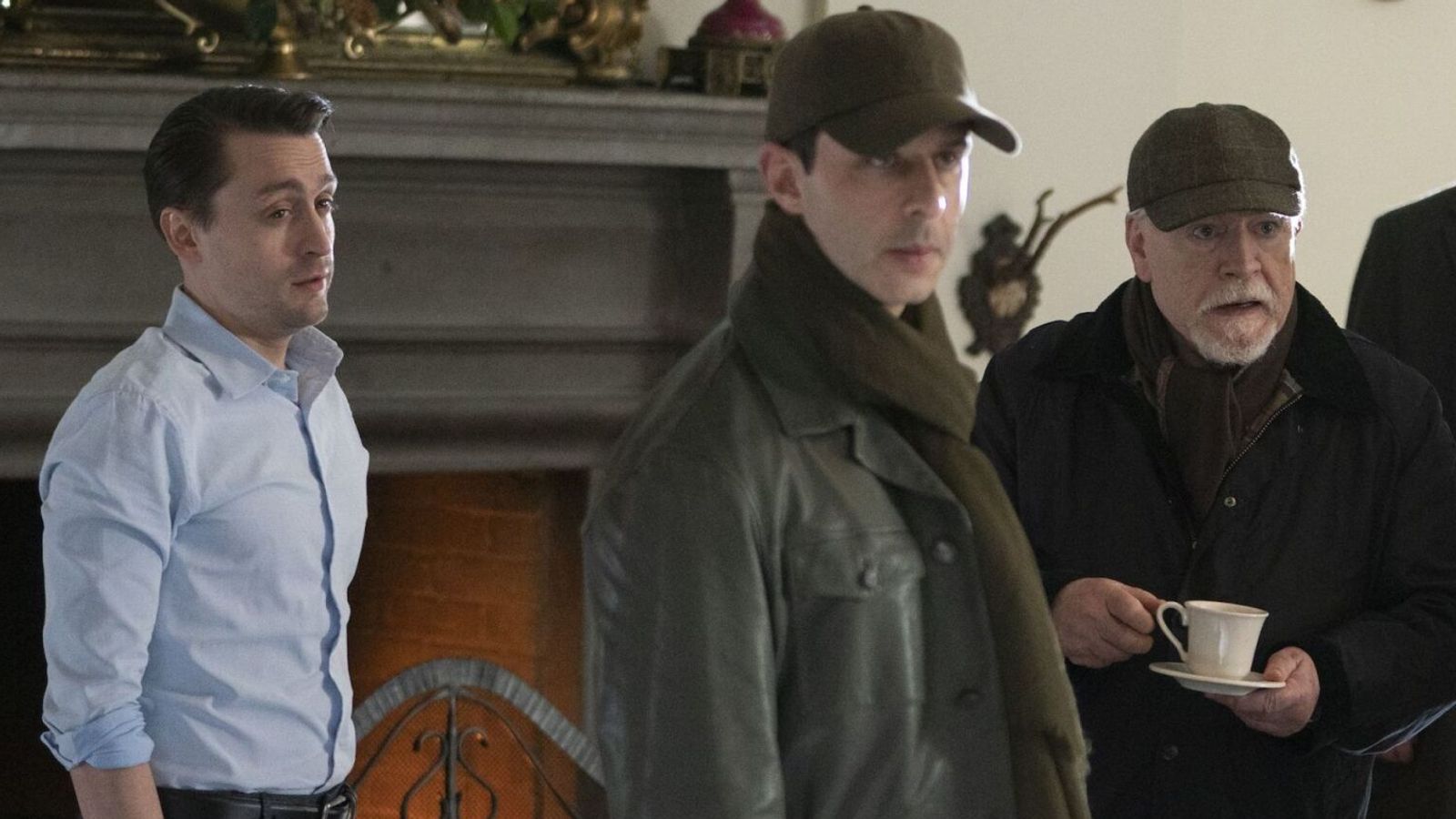 Succession has triumphed as the big winner of the 2022 Emmys, with the show’s creator Jesse Armstrong using the platform to criticise the hereditary monarchy and make a joke at the new King’s expense.

Accepting the prestigious best drama award – the final gong of the night – Armstrong referenced the death of the Queen and the new era under King Charles III.

Armstrong said: “It’s a big week for successions, a new king in the UK, this for us. Evidently a bit more voting involved in our winning than for Prince Charles.”

Star of the show, Scottish actor Brian Cox quickly chipped in: “Keep it royalist, keep it royalist,” to which Armstrong replied: “I’m not saying that we’re any more legitimate in our position than he is, we’ll leave that to other people.”

Read more: Emmy Awards 2022: All the winners in the main categories

Aside from Armstrong’s swipe, the awards show – which is held in LA – made little reference to the Queen’s death, despite cancelling several of its pre-show parties. The Canadian consulate had also postponed its Emmy celebrations ahead of the ceremony in respect to the Queen.

‘Bonkers gift of a role’

British actor Matthew Macfadyen, who attended the awards with his wife, actress Keeley Hawes, won best supporting actor in a drama series for portrayal of Tom Wambsgans in Succession, said as he accepted his gong: “It’s such a pleasure and privilege for me to play this bonkers gift of a role in this wonderful show.”

Away from debates about families and their lines of succession, Ted Lasso and The White Lotus were the night’s other top Emmy winners.

Richmond-based football comedy Ted Lasso bagged best comedy, for the second year running, with actor Brett Goldstein, who both stars in and co-writes the show, taking best supporting actor in a comedy series.

Goldstein said of the show backstage: “I know that all of us would happily do this for 20 years. And maybe then say we need to wrap it up. These footballers are all on crutches and, you know, we’re really stringing this out, but it’s entirely up to Jason [Sudeikis].”

Sudeikis, who repeated his best comedy actor win after taking the prize last year too, gave a rare awards show shoutout to TV consumers when accepting his gong, saying: “Thanks to the people who watch this show and dig it as much as we dig making it.”

One of its other stars, Hannah Waddingham, who was nominated for best supporting actress in a comedy series alongside her co-stars Juno Temple and Sarah Niles, but lost out to US actress Sheryl Lee Ralph, spoke about the Queen’s death on the red carpet.

She told US outlet Variety: “It makes me emotional to think about it. I was upset at how deeply upset I was. I sat with my dad on the sofa and I watched it all night until I couldn’t keep my eyes open because I couldn’t believe it.

The South Korean hit about a brutal survival contest was a global sensation for Netflix last year, becoming the streaming service’s most-watched show.

Lee, who plays lead role Seong Gi-hun, thanked the show’s creator Hwang Dong-hyuk – who also won an Emmy for best drama directing – saying: “Thank you for making realistic problems we all face come to life so creatively on the screen.”

Backstage, Lee said he expected the awards to open doors for other Asian actors, while Hwang called it “a major moment for us.” Hwang also made history as the first Asian to win in his category.

Plus, Zendaya won outstanding lead actress in a drama series for her role as recovering addict Rue in Euphoria, making history by becoming the first black woman to win the Emmy twice in the category, as well as being the youngest two-time winner of any Emmy.

Accepting her prize, the Spider-Man star said: “My greatest wish for Euphoria was that it could help heal people, and I just wanted to say thank you to everyone who has shared their story with me,” she said as she took to the stage to accept her Emmy.

Not a royal year at the Emmys

It was the first full-scale Emmys since the pandemic.

Royal drama The Crown, which dominated the 2021 awards, was not televised within the eligibility period and so was forced to sit this year out. Netflix paused filming of the latest series for one day, “as a mark of respect” to the Queen.

Despite plenty of nominations for British stars, including Brian Cox, Colin Firth, Lily James, Jodie Comer and Nicholas Hoult, they all failed to win in their category, for roles in Succession, The Staircase, Pam And Tommy, Killing Eve and the Great respectively.

First-time winner Sheryl Lee Ralph, who took best supporting actress in a comedy series for her role in Abbott Elementary, celebrated the diversity of the night’s wins, saying backstage: “The fact that we have got a Korean television show with subtitles and it’s one of the best and you know how paper people can’t stand to read subtitles? That is just amazing.

“Change the fact that this is the first time since the 1980s then that people in a major league black cast have all been nominated. It’s the first time in 40 years. The fact that it is my first nomination, my first invitation to the awards and guess what? Nothing before its time. Everything is right on time. And I’m happy to be here because I’m sailin’ baby. I’m loving it.”

Other winners included Lizzo, who won the Emmy for best competition series, for her Amazon show Watch Out For The Big Grrrls. Accepting her award she said she had grown up wanting to see “someone who was fat like me, black like me, beautiful like me”.

The show offers plus-size dancers the chance to compete to join the About Damn Time singer on tour.

Meanwhile, actor Ben Stiller, who last week was hit by sanctions from Russia due to his support of Ukraine, made refugees his focus, told reporters: “I’m a goodwill ambassador for the UNHCR, the UN Refugee Agency, and there’s over 100 million displaced people all over the world. So, all of those people deserve a right to a home and be able to go back home and be welcomed. So that’s the message I like to put out there.”

The Emmys are voted for by more than 25,000 members of the US Television Academy, which represents those in front of and behind the cameras.

This year’s awards honour the best TV shows that premiered or streamed between 1 June 2021 and 31 May 2022.