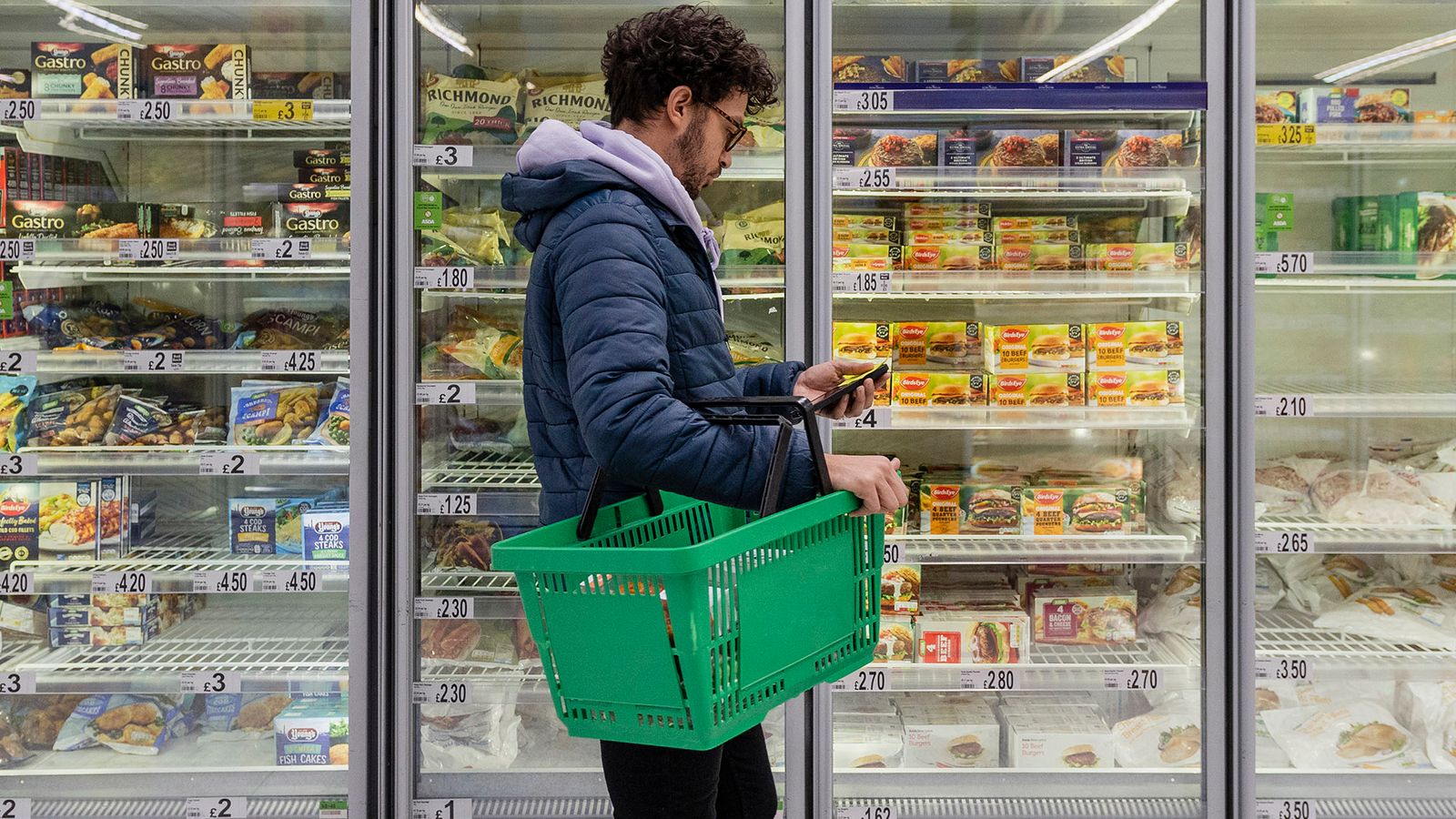 Retail sales fell by much more than expected in August as the cost of living crisis dragged on demand for both essential and non-essential goods, prompting further pain for the pound.

Figures from the Office for National Statistics (ONS) showed retail sales volumes shifting from shaky growth the previous month to a decline, of 1.6%, on July – the largest monthly drop since December last year.

Economists had expected a fall of around 0.5% as the highest rates of inflation for 40 years continue to squeeze consumer spending power, with the price of food and other goods and services reflecting the surge in energy and commodity costs in the wake of the pandemic and Russia’s invasion of Ukraine.

“This last happened in July 2021, when all (COVID) legal restrictions on hospitality were lifted”, it added.

The performance came as more people travelled abroad for their summer holidays and despite good weather.

It has added to fears that consumer spending – the main engine of the UK economy – will tip the country into recession.

The retail sales figures prompted the pound to fall by a cent against the US dollar to hit a new 37-year low of $1.13.

Sterling has been under pressure from a strong US currency this summer but dire growth readings have contributed to the declines.

Retailers will be hoping that the government’s energy price guarantee, which will limit bills through a cap on wholesale prices from October, will ease some of the pressure on purse strings heading in to the core Christmas season. The guarantee, set at an average of £2,500, will keep gas and electricity bills at around their current annual level just below £2,000 because of the £400 of help for each household announced by former chancellor Rishi Sunak and a temporary cut to green levies within energy bills.

The chairman of the John Lewis Partnership, Dame Sharon White, expressed hope on Thursday that the unprecedented intervention would prove a “game-changer” for the business, which includes Waitrose supermarkets, during the winter months.

The Bank of England, which had forecast last month a recession lasting more than a year from this autumn, has its first opportunity next week to reflect the potential impact of the energy price guarantee in its interest rate deliberations.

It is expected to at least lower its near-term inflation expectations due to the fact that the energy aid, which will also be extended to businesses, will mean bills do not reach the heights that were due in the coming months.

However, it is still forecast by economists to raise Bank rate by a further 50 basis points to 2.25% to try and keep a lid on core inflation.

That would add more pain to tracker and standard variable rate mortgage holders, giving those families less to spend in the wider economy.

32 children killed as death toll from Indonesia stampede rises
As 125 die in stadium violence, ex-Indonesia manager says fans’ passion can have devastating results
The Queen’s funeral plans
As Tory conference looms, the PM cuts a diminished figure after squandering political capital
Serial killer may be on loose in California after police link spate of shootings