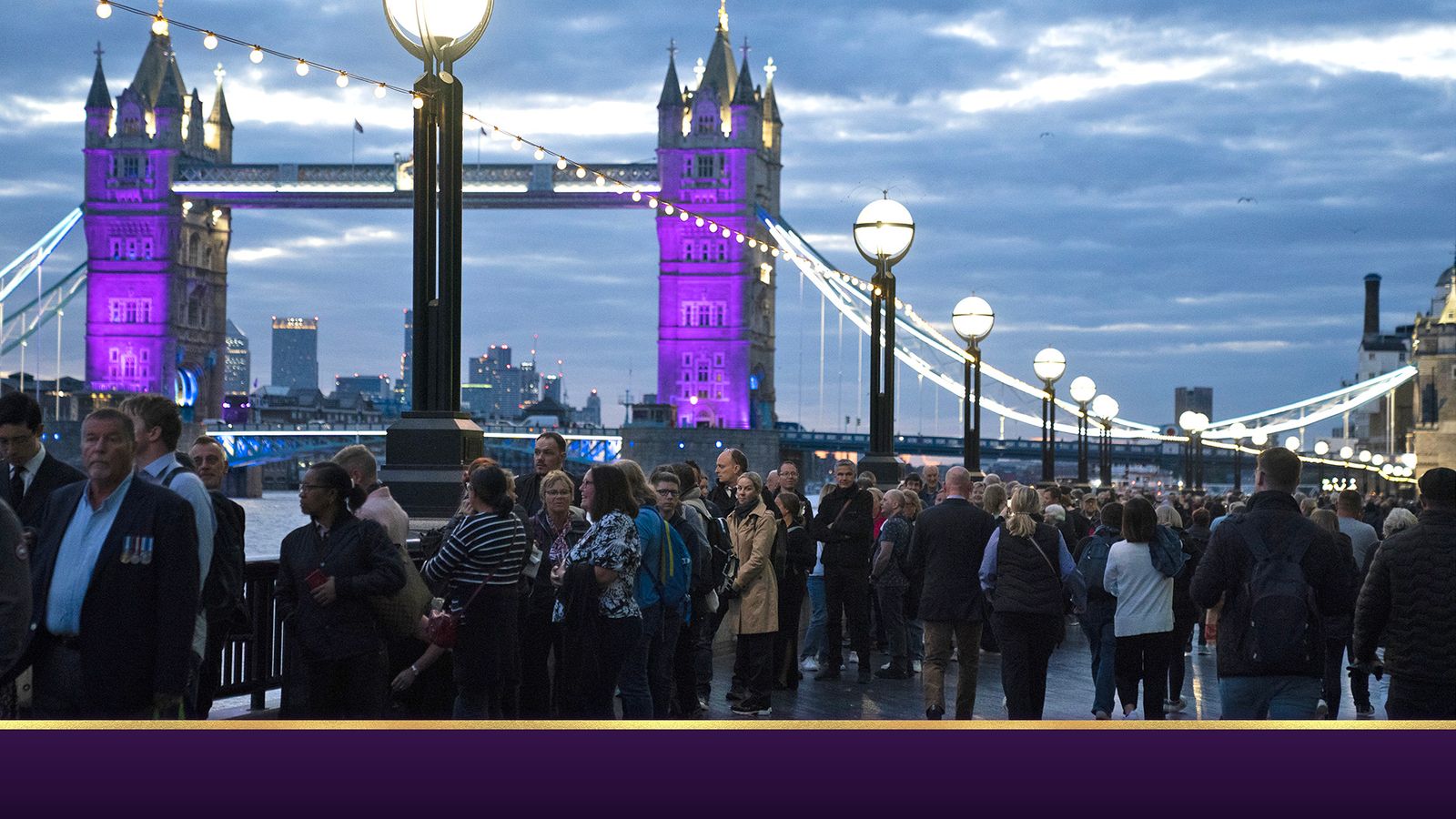 The queue to see the Queen has reached a wait time of 14 hours.

The line is currently nearly five miles long, with Southwark Park listed as the nearest landmark.

At one point during the second night of the Queen’s lying in state those in the line were told the wait time would be 14 hours.

For most of the night the line was nearly five miles long, with Southwark listed as the nearest landmark, according to the Queue Tracker.

Firefighters gave out bottles of water along the route while volunteers from the Samaritans were available and stewards, police and portable toilets lined the route.

Watch live stream of the Queen lying in state

Mourners spoke of “breath-taking” serenity in Westminster Hall where “you could hear a pin drop”.

The 34-year-old Londoner said: “It was very moving to see the vigil around her – I was a little bit surprised at how much it struck me.”

She had queued with her baby strapped to her in a carrier but said the wait had been “worth it”.

“It’s lovely that everyone has just a moment to themselves – no one was pushing,” she added.

Amy Harris, 34, said the atmosphere in Westminster Hall was “breath-taking”.

“When you’re able to go in and have a moment to look at it and reflect, the serenity of it – to be able to pay your respects in such a serene place, it’s very peaceful,” she said.