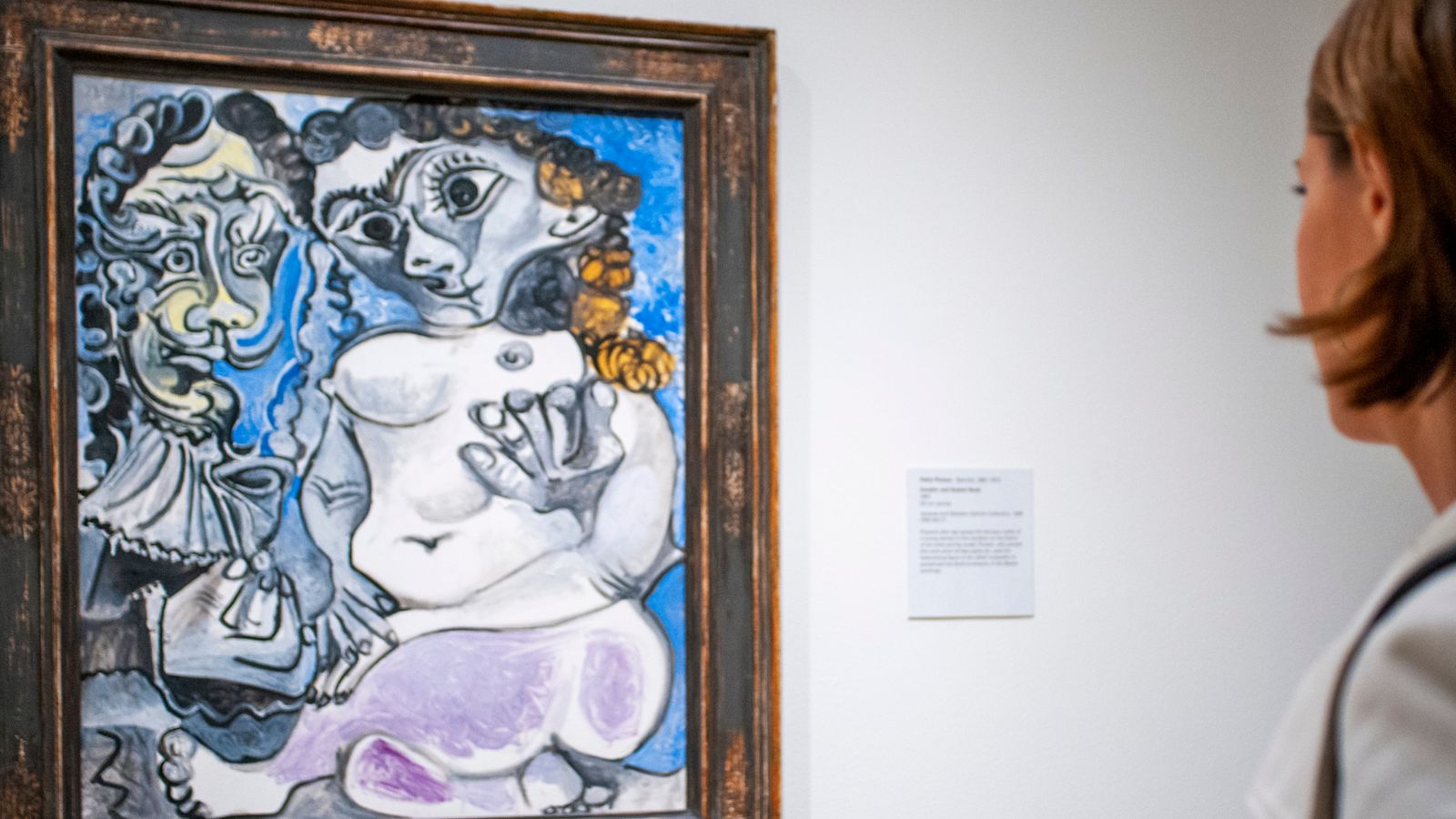 We all know the famous artists whose work sells for millions – Salvador Dali, Andy Warhol, Damien Hirst, David Hockney, Pablo Picasso and Jeff Koons to name but a few.

It doesn’t take a genius to spot the common denominator – they’re all men.

Now new research has found that despite leaps in gender equality since the days of the old masters, contemporary art by men sells for significantly more than work by women.

For every £1 fetched by a male artist’s work, one by a woman gets just 10p – and even worse – the value of a painting increases when a man signs it and decreases when it’s woman’s name on the canvas.

The woman who did the research, art historian and author Doctor Helen Gorrill, who lectures at the University of Dundee, tells Sky News it’s a blow to women preparing to launch their careers.

“There have been quite prominent artists who are about to go into big collections across the world, and they were told when they found out they were actually women that they wouldn’t accept them in the collections… It’s really, really shocking and it’s quite disheartening as well to a lot of the students I’m teaching at the moment.”

Dr Gorrill was inspired to do the research after reading an article by German artist Georg Baselitz who claimed women couldn’t paint, using as his proof the lower price their artwork commanded in comparison to that of men.

She says: “That really angered me and caused me to want to do something about it. So, I decided to do a doctorate in that very subject in order to be able to prove him wrong.”

No small task, she analysed 5,000 contemporary paintings, drawing comparisons between artwork aesthetics and pictorial qualities along with the gender and age of the artist.

Her findings were stark, showing that despite a reputation for being a progressive industry, the art world is battling an immense pay chasm between the sexes.

Contemporary artist Joanna Gilbert says there is simply no reason for such a discrepancy: “If you’re looking at something, it doesn’t matter who it was made by. If you love what you see, then the value that it has should be the value that it is no matter what gender or who it has been created by.”

Gilbert ignored advice to stay out of the art world and pursue an alternative career in marketing, now successfully selling her work around the world.

It’s a choice she doesn’t regret, telling Sky News: “I’m doing what I love and being the best version of who I am, I’m putting my heart and soul into what I do.”

Read more: Damien Hirst – The Currency – Is setting fire to millions of pounds worth of art a good idea?

Another success story for women in the arts, comes from artist and co-owner of contemporary art gallery One Paved Court, Kate Proudman.

She tells Sky News her small artist-run venue in Richmond, southwest London “exhibits significantly more women than men” and the reason for that is simply because they select “what we consider to be the best, most interesting and most challenging work out there”.

More to the point, she says that work goes on to sell, but explains: “For us it’s more about showcasing talent, which then often leads [women] to have greater success because their work is out there.”

A case in point, the gallery’s current show Eight Women Print: Threads Of Time, which ends today, was created by eight female printmakers who formed a collective over lockdown.

So, there clearly is a demand for women’s work. However, it’s one the marketplace isn’t satisfying according to commercial director of international art agency Artiq, Tazie Taysom.

She tells Sky News: “Women’s work is chronically devalued. From 2008 to 2019, the money spent at auctions globally, only 2% of that funding went to women artists, which is really shocking. And it’s not the same when we look on the ground.

“The work that we’re doing with our international client base, 70% of artists are female. Their work is heavily in demand. So, there is a huge disparity between what we see happening in the auction and secondary markets and what’s happening in reality in terms of the demand.”

Whether it’s marketplace misogyny or unconscious collusion, whichever way you look at it, female artists are losing out.

While beauty might be in the eye of the beholder, value in the art world – at least for now – seems set firmly by the gender of the creator.

Worst result for Tories in Chester for nearly 200 years as Labour comfortably wins by-election
Wonderboy still has it, but should he jump right back into the title picture?
Schiff fires back after McCarthy threatens to remove him from intel committee
Ask the Union Leaders: Should rail workers get a pay rise if services aren’t improving?
Christopher Eccleston: ‘Patriarchy cocks everyone up… It did its damage to me too’