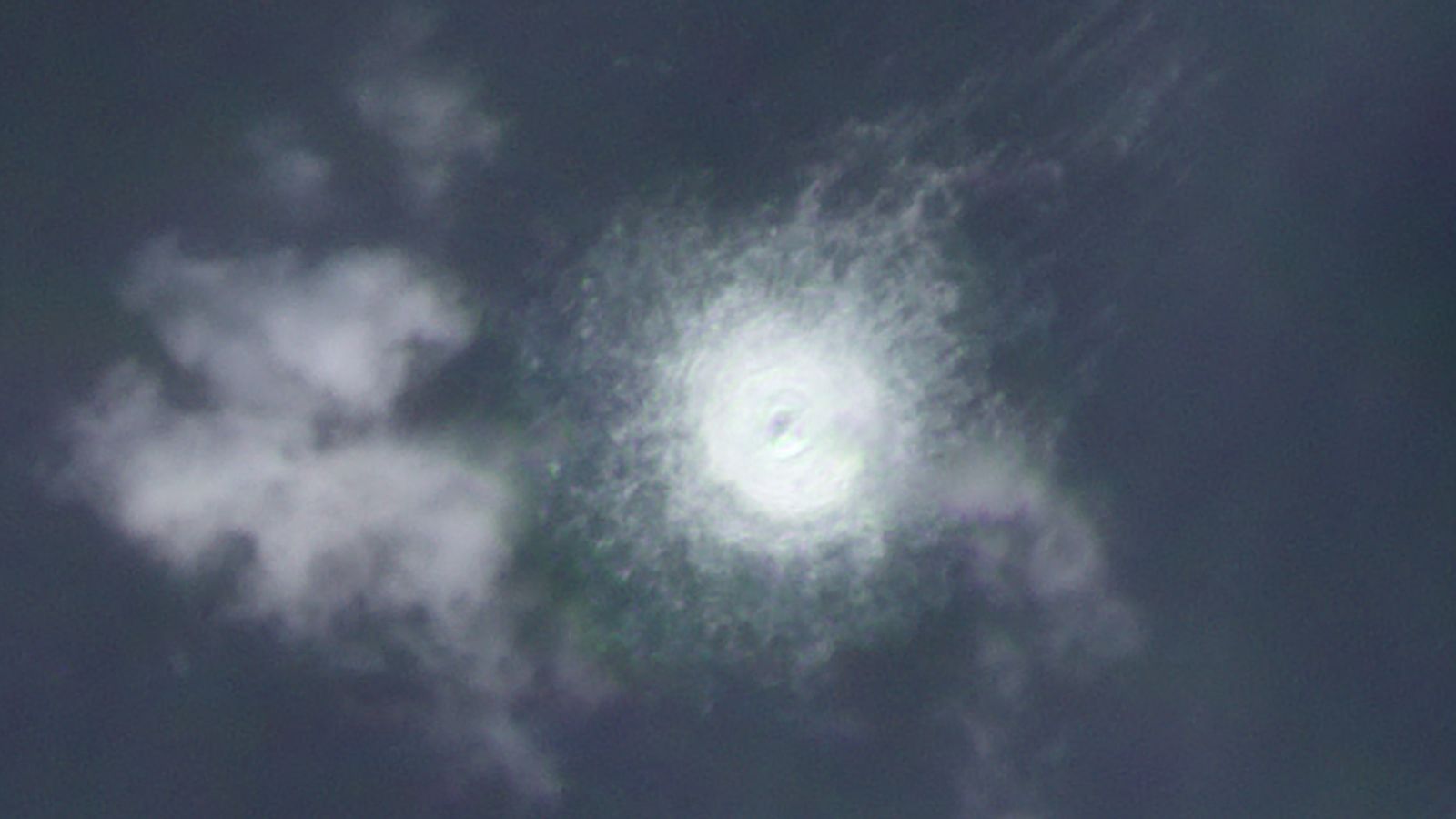 Two pipelines running underwater from Russia to Germany were damaged in a total of three places on Monday.

Nord Stream AG, the owner, described the breakages as “unprecedented”. The pipes were not pumping gas to Europe at the time the leaks were found amid the dispute over Russia’s war in Ukraine.

Mateusz Morawiecki, the Polish prime minister, said it was an “act of sabotage”, while his Danish counterpart Mette Frederiksen said she views the leaks as “deliberate actions”, and the Danish energy authority said any event like this was “extremely rare”.

Dramatic gas bubbles rising to the sea’s surface measure 100m in diameter and will continue for several days, the authority said.

The two pipes were damaged near the Danish island of Bornholm in the southern Baltic Sea.

The Kremlin said it could not rule out sabotage as a cause of the damage, with spokesman Dmitry Peskov describing developments as “very concerning news”.

A European security source said: “There are some indications that it is deliberate damage. You have to ask: Who would profit?”

A reading from a nearby seismograph, which records vibrations on the planet’s surface, was found to show spikes at similar times to when the losses in pressure in the pipes were first recorded, according to a German geology research centre.

Read more:
How Nord Stream 2 has been controversial from the start

‘No doubt these were explosions’

Sweden’s national seismology centre said its stations recorded “powerful subsea blasts” in the area where the gas leaks occurred, the latter measuring the equivalent of a magnitude-2.3 earthquake.

Bjorn Lund, a seismologist with Uppsala University who is part of Sweden’s national seismic network, told the national broadcaster SVT: “There is no doubt that these were explosions.”

He said the first was recorded in the early hours of Monday southeast of Bornholm. The latter and stronger blast on Monday evening was northeast of the island and equivalent to 100kg of dynamite.

“We know very well what an underwater blast looks like. And so in this case, there’s no doubt this is not an earthquake,” Mr Lund said.

Swedish state broadcaster SVT said the first explosion was recorded at 2.03am on Monday and the second at 7.04pm on Monday.

The warnings about the gas leaks came from the Maritime Authority at 1.52pm and 8.41pm on Monday respectively, after ships detected bubbles on the surface.

SVT said it had obtained the coordinates of the measured explosions, and they were in the same area where the gas leaks were registered.

Earlier, the country’s Maritime Authority had issued a warning about two leaks in the Nord Stream 1 pipeline, northeast of Bornholm, which until the Ukraine war provided about 60% of Germany’s gas needs.

On Monday, Denmark issued a warning about a leak in the yet-to-be-opened Nord Stream 2 pipeline, south of Dueodde, which had been built to boost the amount of Russian gas supplied to Germany.

Were the leaks caused by Russian sabotage?

On Tuesday, a ceremony was held to inaugurate a new pipeline, Baltic Pipe, to carry Norwegian gas through Denmark to Poland, which it is hoped will ease some pressure on European gas supplies.

Simone Tagliapietra, an energy expert with the Bruegel think-tank in Brussels, said the leaks “can’t be a coincidence” and speculated they could have been caused by Russian sabotage or anti-Russian sabotage.

One possibility is Russia signalling it “is breaking forever with Western Europe and Germany” as Poland inaugurates its pipeline with Norway, he said.

The leak from Nord Stream 2, discovered by the Danish Defence F-16 interceptor response unit, prompted the setting up of a five nautical mile exclusion zone, to protect shipping from any danger.

The Danes have now marked off the leak from Nord Stream 1.

Nord Stream AG said it was impossible to estimate when the gas network system would be working again.

“The destruction that occurred on the same day simultaneously on three strings of the offshore gas pipelines of the Nord Stream system is unprecedented,” it said.

“It is not yet possible to estimate the timing of the restoration of the gas transport infrastructure.”

Nord Stream 1’s twin undersea pipelines opened in 2011, with the ability to supply up to 27.5 billion cubic metres of gas a year each.

But since fallout from Russia’s invasion of Ukraine, and the EU’s determination to cut its reliance on Russian gas, flows through the Nord Stream 1 have reduced to zero.

Russia has been accused of using gas supply as a weapon, something Russia blames on Western sanctions. The German government has withheld the licence of Nord Stream 2 because of Russia’s actions.

Despite not carrying gas to Germany and beyond, both pipelines have apparently remained full of gas, which is now leaking into the sea.

It was not immediately clear what consequences would follow, especially as methane in the atmosphere is a driver of climate change. The EU Commission said it would analyse the potential impact.

German environmental group Deutsche Umwelthilfe said any effects from an explosion would be local and that some gas would dissolve in the sea.

The cut in supplies of Russian gas to Europe is one of the main drivers of higher gas prices that have caused inflation to surge in the UK and elsewhere.