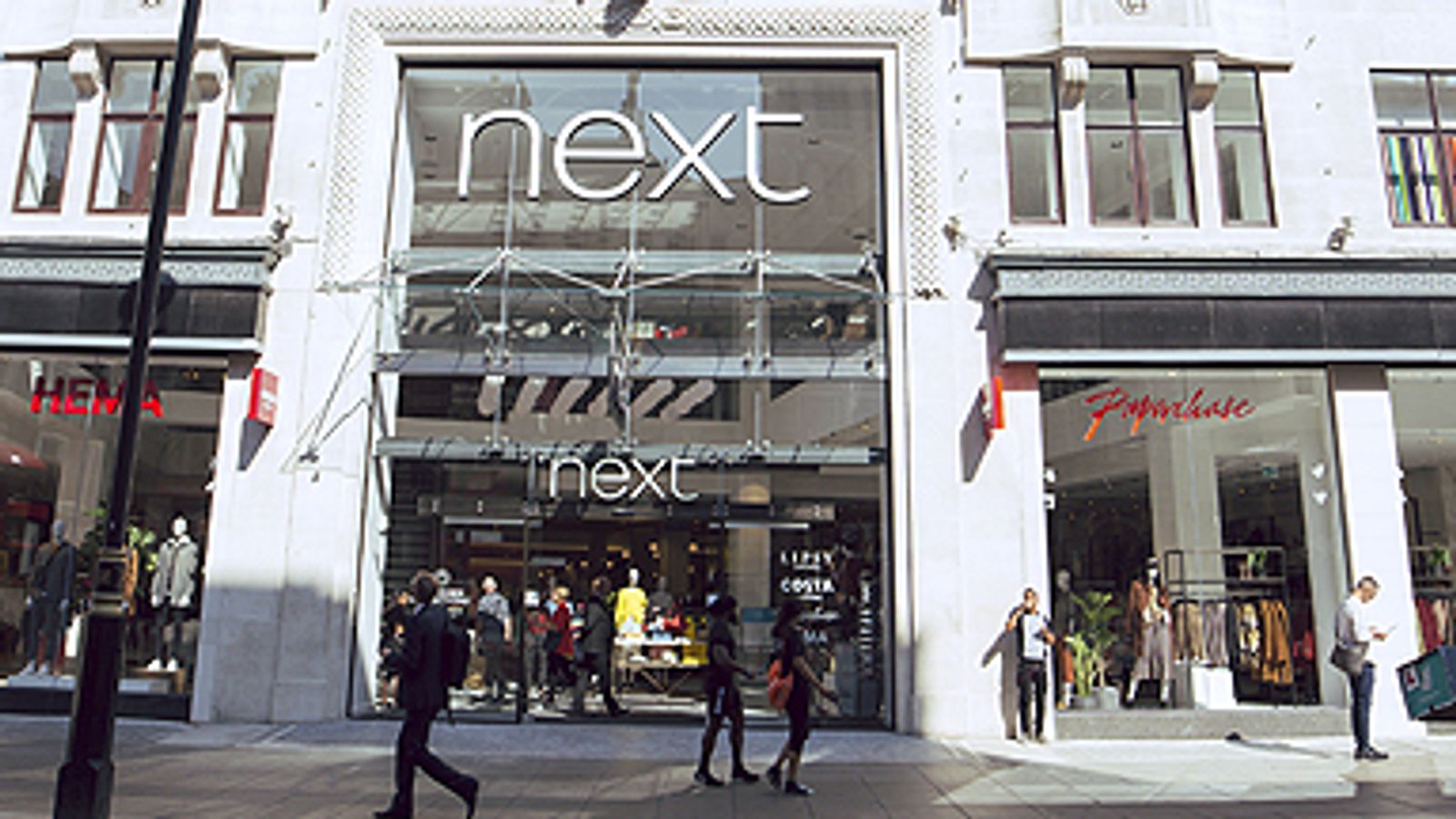 Shares in companies that depend on consumer spending have plunged after Next, the fashion to homewares retailer, cut its sales forecast for the second half of its financial year and annual profit guidance.

The company used the publication of its half-year results to the end of July to say that there were too many variables at play amid the cost of living crisis to have much confidence in determining consumer demand ahead.

Next, which is widely seen as the most consistent high street performer, reported that it had enjoyed a stronger than anticipated first half with full price sales up 12.4% on the same period last year.

But it revealed that sales suffered during August before some demand returned in the current month.

Next, which trades from about 500 stores and online, said it now expected full price sales in its second half to fall 1.5%.

It had previously guided an increase of 1%.

The company’s shares fell by 10% in early deals while those of high street rivals and other consumer-facing stocks also suffered.

The FTSE 100 and FTSE 250 indexes were both down more than 2% at one stage while growing recession fears were also evident on the continent, with the German DAX and French CAC also significantly lower.

Next said it was hoping to “see benefits from recent government measures” – namely help for household energy bills – but admitted it was tough to have a clear picture of what lay ahead.

The economy is enduring challenges on many fronts, with sterling hitting record lows this week and government bonds under severe pressure after the mini-budget, prompting Bank of England intervention.

‘Inflation is going up across the economy’

Both the pound – at $1.08 – and bond yields – the interest rate demanded to hold UK government debt – were relatively stable on Thursday morning as the PM defended the government’s growth plan and the handling of it following the market backlash.

“There are so many variables at play – energy, freight, employment, tax, economic migration, exchange rates, etc – that today, more than ever, it is not possible to predict the future on the basis of the past,” Next said.

“It is over 40 years since the UK last experienced an inflationary shock on the scale we are witnessing today; and the UK economy of the 1970s – with its reliance on highly subsidised and geographically concentrated heavy industry – was incomparably different to the economy of today.

“We have used our recent trade, along with some internal and external economic data, to build a picture of what we think is going on and how the company is likely to be affected over the coming months.”

Charlie Huggins, head of equities at Wealth Club, said of the Next results: “The fact that many retailers are struggling shouldn’t be a surprise.”

“This is arguably the most difficult trading environment since the 2008/09 financial crisis. Inflation is at levels not seen for four decades.

“Sterling is in the doldrums, trading at its weakest level against the dollar since 1985. Add to this, the war in Ukraine and the spectre of further interest rate rises. It’s not exactly conducive to consumers restocking their wardrobes.

“Perhaps the biggest issue for the whole sector is that while things look challenging right now, they look set to become even more so.

“This is due to the precipitous decline in sterling which will only exacerbate inflationary pressures.

“Next looks better positioned than most of its peers to weather the storm, and emerge stronger in light of its high margins, robust cash flows and strong balance sheet. But 2023 could be a very difficult year the way things are shaping up.”