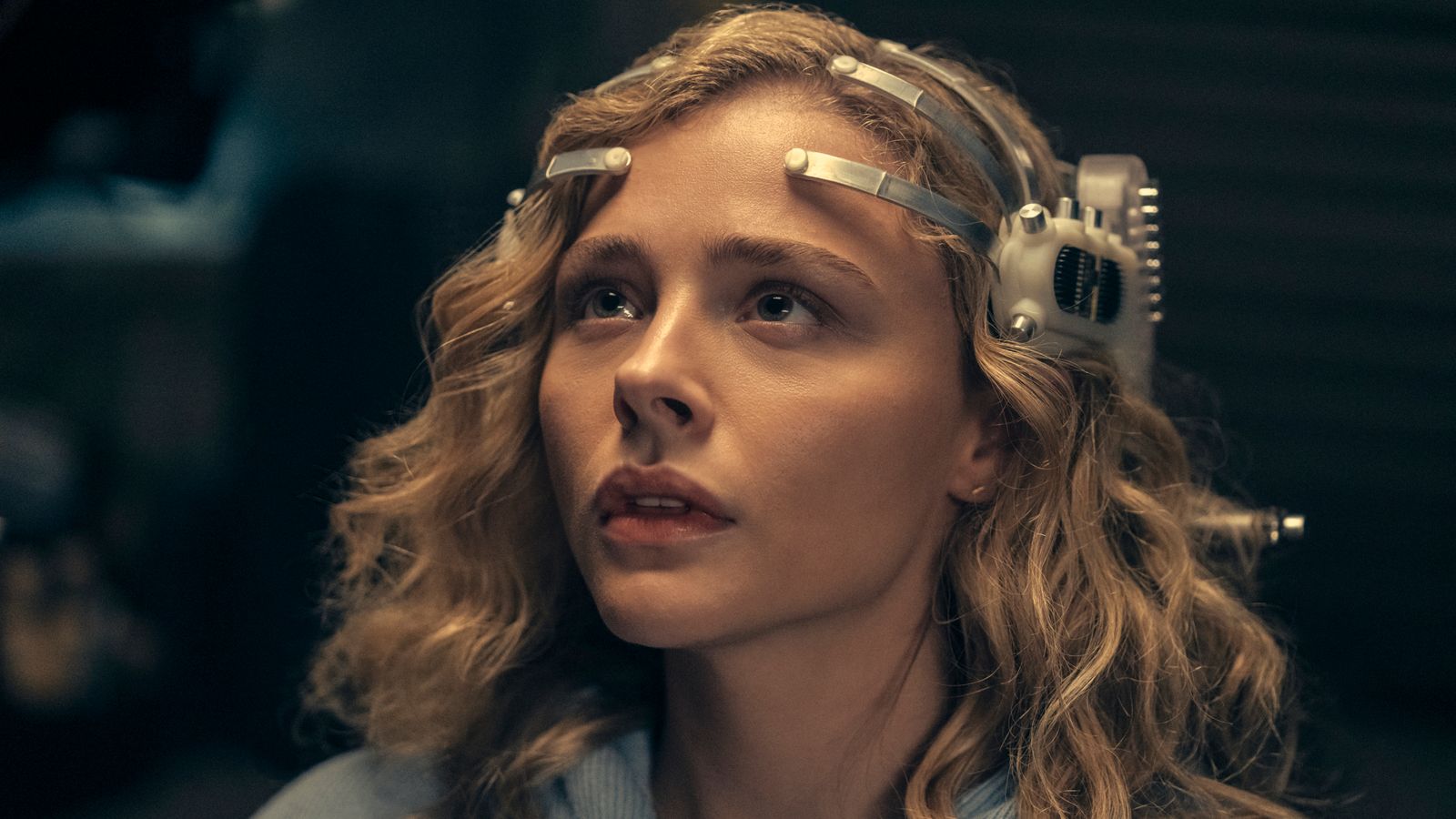 Chloe Grace Moretz’s new show may be set in the future, but it’s a future where progress is still sadly lacking when it comes to girls and gaming.

In The Peripheral, an eight-part Amazon series based on the book by science fiction author William Gibson, the actress plays Flynne Fisher, a talented gamer who uses her brother’s avatar because it commands more respect from the wealthy clients who pay them to play on their behalf.

“They don’t really respect female gamers, you know what I mean?

“Even if you look at the Twitch numbers [Twitch is an interactive livestreaming service largely used for gaming], some of the highest numbers are still predominantly the guys and you have girls that are just as good, if not better than a lot of guys sometimes.

“And I think that there’s just an interesting edge that women have in gaming, I think that the way that our minds work are just obviously wired a little differently than guys, so there’s just a different kind of edge, which I would love it if it was honed in on and supported more – but I think that goes for so many female led sports in general, there’s a lack of, I think, financial dedication to it as well.”

The Peripheral acts as something of a warning – about the potential dangers of advances in technology.

Moretz admits that she herself is perhaps in need of a digital detox.

“I try to go kind off the grid with it as well – I go camping a lot and I have no WiFi, no cell service, no nothing, which is super important, but right now I am in the depths of technology.

“So, it’s high time that I go home and turn off every device around me and go live in the woods for a couple of weeks.”

Her co-star Jack Reynor, who plays Flynne’s brother Burton Fisher, agrees that too much tech probably isn’t a good thing.

“We are living in a day and age where our devices are just never out of our hands and I think that obviously there are beneficial elements to our relationships with our technology.

“It’s great in many respects, but at the same time, you do kind of wonder what is the impact of this stuff on people’s personable social skills in the real world?

“And so, it is definitely something I think we all have to kind of watch and just be aware of, and as Chloe says, take some time away and do detoxes.”

Moretz has been open in the past about her own negative experiences with online culture, revealing a meme that she featured in led to her becoming a recluse.

The 25-year-old says that despite her own difficulties with social media, she is relieved to have grown up at a time where it didn’t have the influence on children that it does today.

“I do wonder, and I worry about the impact of Instagram and TikTok and these outward personas and these artificial selves that we’re just kind of pumping out.

“I didn’t get to formulate that – when Instagram was created it was like a very silly thing that you just posted weird photos with crazy filters all the time.

“And I wonder what that would have been like, if I had realised that and was growing up in Instagram now as like an 11-year-old today – it seems really intense.”

The Peripheral is streaming now on Prime Video. Hear our review in the latest episode of Backstage – the film and TV podcast from Sky News.

Stevie Nicks leads tributes after bandmate Christine McVie dies aged 79
Meghan in tears as Harry bares soul in trailer for their new documentary
HSBC to close over a quarter of its branches – is yours affected?
Quick Charge Podcast: November 28, 2022
50 migrants diagnosed with diphtheria in UK this year, with most in last two months