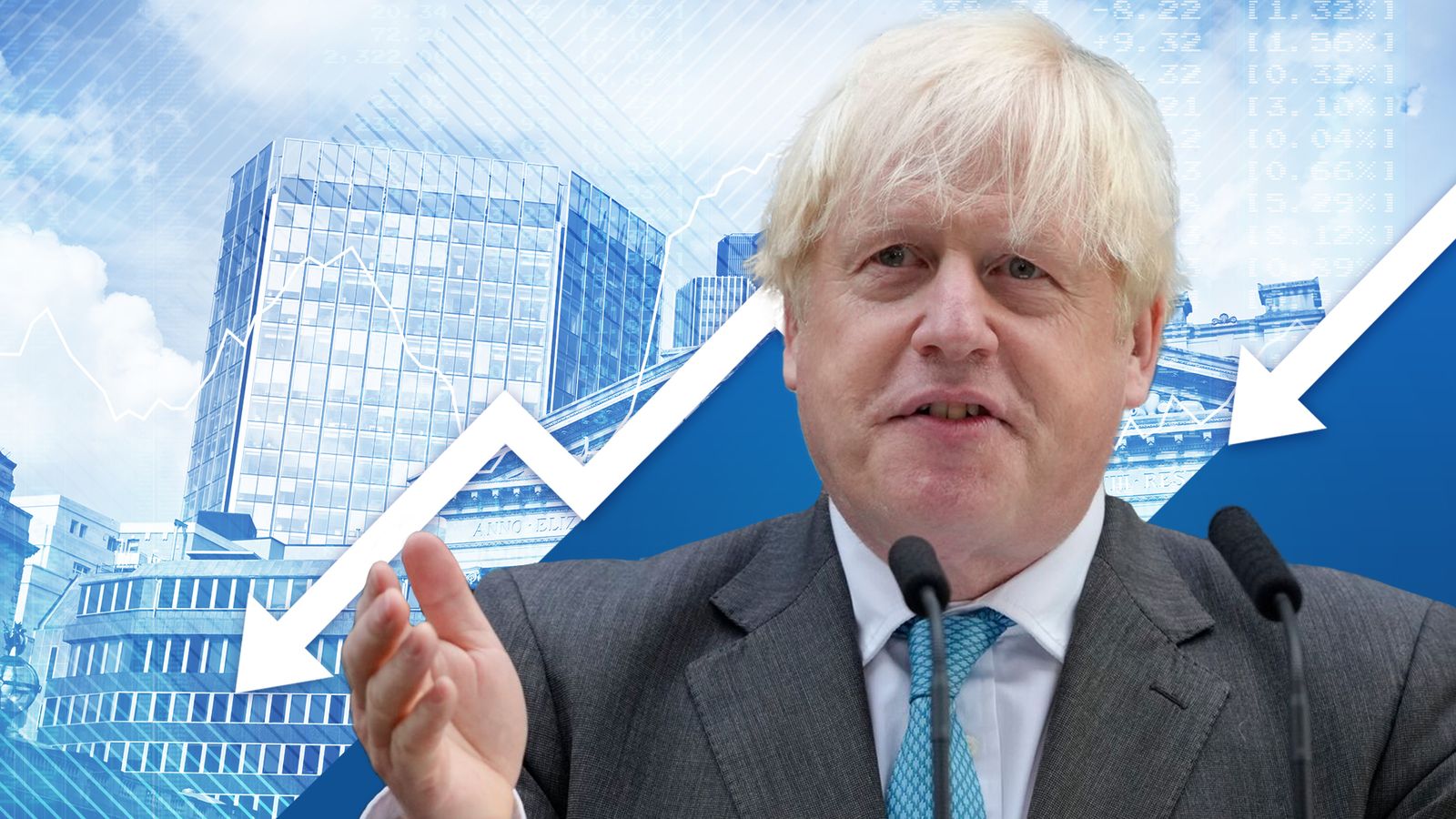 Just when you thought it was safe to step back into the gilts market… things are getting nervy again.

Around lunchtime on Friday the odds on Boris Johnson winning the Conservative leadership battle rapidly shortened.

For a moment, the former prime minister was favourite, on Betfair’s betting markets, to become the next PM.

What happened next was intriguing.

The yield on Britain’s government debt rose quite rapidly. In the space of a few minutes, the interest rate on two year bonds rose from around 3.7% to just under 3.9%.

In the scheme of recent weeks, these are not exactly enormous moves; then again recent weeks have been unlike anything we’ve seen in the government bond markets in a generation.

In the following hours, Mr Johnson’s odds lengthened again; he went back from being favourite in bettings markets to trailing Rishi Sunak, who has led them from early on. And, almost in lockstep, Britain’s cost of borrowing fell too.

Now, markets are tricky things to interpret. The prices we see there are the product of millions of decisions being made by millions of investors around the world. Trying to pin direct cause and effect on a single move is a mug’s game.

And there’s a lot going on elsewhere: we recently learnt that Germany’s government is approving a plan to suspend its limit on the amount of debt it can issue, paving the way for an extra €200 billion of bonds to be issued; there are rumours about the European Central Bank pushing on with its plans to sell off billions of euros of bonds into the market. So these bonds are moving about a lot.

Even so: the move in UK government debt was considerably sharper than anything we saw elsewhere.

There was something UK-specific going on here, and five independent bond traders have told Sky News the move looked like it was pushed up by Mr Johnson’s improving odds.

Some put it down to fears that Mr Johnson would replace the new chancellor, Jeremy Hunt, and ditch his fiscal plan.

Some said it might be down to fears that he would struggle to command a majority in Parliament, and the consequent risk of an early election, with all the chaos that might entail.

Either way, there is a broader lesson.

Since Monday, after Mr Hunt’s reversal of most of the mini-budget, gilt markets had been relatively calm. The chaos of previous weeks, in which numerous funds relied upon by pensions schemes came to the brink of insolvency and a sharp increase in mortgage costs, had finally diminished.

Friday’s disturbance may be short-lived, but it is a reminder that markets remain very jittery indeed. And each move in government bonds is not an abstract event; these markets determine all sorts of other prices and signals throughout the market.

Consider: that move in gilts markets at lunchtime briefly pushed up the expected Bank of England interest rate for next May from about 5.1% to more than 5.25%. So there are consequences, which play out on the public finances of households around the country.

All of which is to say, in the coming days, as the Tory leadership battle reaches its climax, things could get bumpy, all over again.

NanoGraf to launch US’s first large-volume silicon oxide factory
Meghan in tears as Harry bares soul in trailer for their new documentary
What ex-CIA director noticed about Trump’s response to DOJ investigation
After decades as a nuclear powerhouse, France makes its play in offshore wind
Russian oil sanctions are about to kick in. And they could disrupt markets in a big way