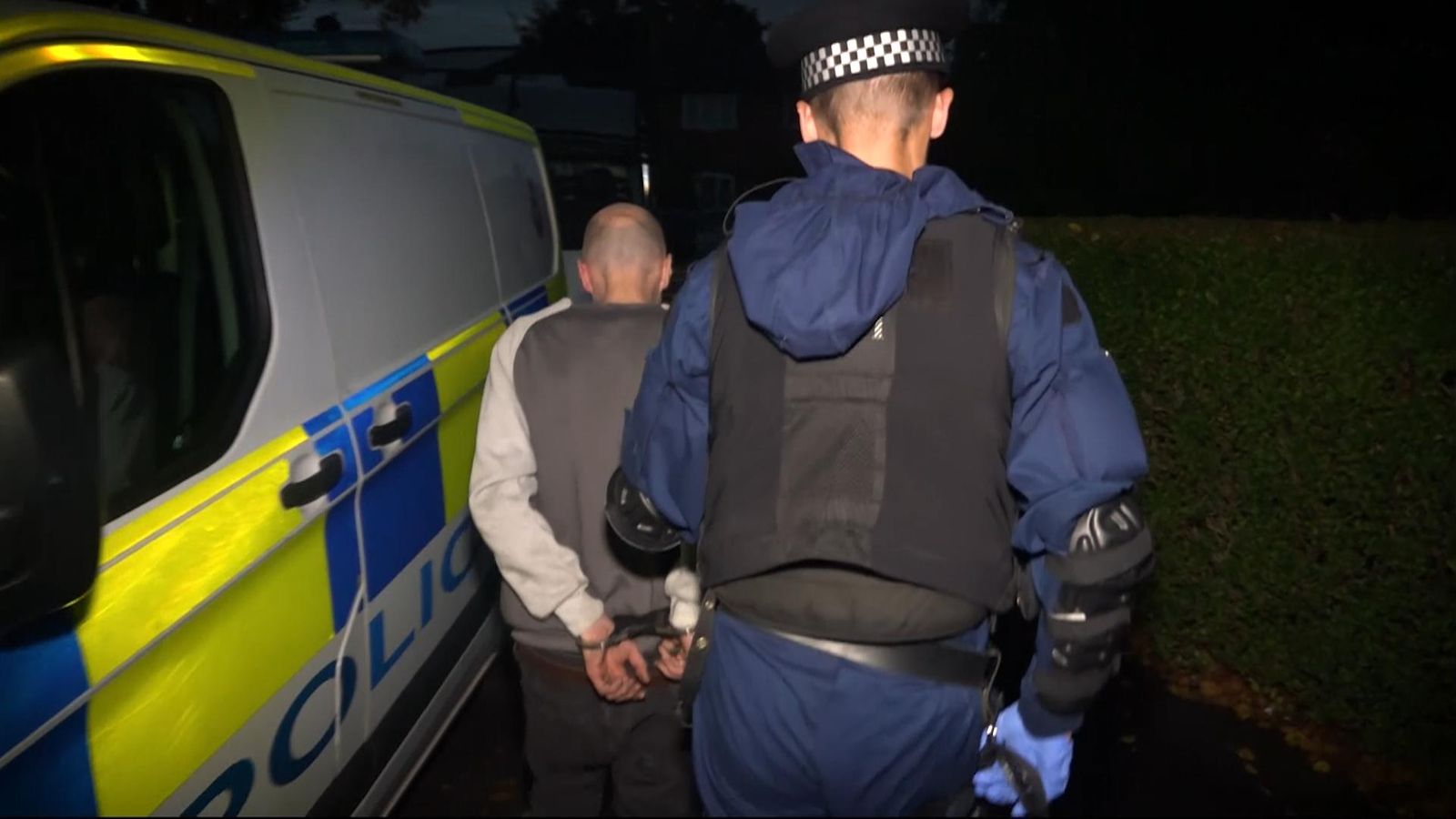 Early morning in south Manchester – and a prolific burglar known to police is arrested for a spate of thefts.

Officers from Greater Manchester Police were granted a warrant to enter and search the home of the man, who is believed to have stolen items from student accommodation.

Enough evidence was seized and examined to charge him on the same day. This was clearly a successful morning for GMP’s officers – something they’re witnessing more frequently – but across the country it’s a rarity.

Only 6% of burglaries a year are solved by police across England and Wales – a shockingly low figure that has decreased over the last few years. But in Manchester things have been a bit different over the past 15 months, and the picture is changing.

The police’s commitment to attend every single home burglary – introduced in July 2021 – is proving a success and so it’s a model adopted by every police chief across the country.

Data shared with Sky News by GMP revealed that, over the last 12 months, arrests related to burglaries have risen by 52%.

It comes as police chiefs across the country vowed that officers will attend “all at-home burglaries” for the first time earlier this month.

Superintendent Chris Foster, the force’s lead for burglary, said: “We need to get that public confidence back so we’re working hard to improve all the basic standards like getting to see someone when they are burgled, having a police officer attending and doing a thorough investigation and then tying up all those links using partners so we’ve got a proper outcome for the victim.”

He added: “We’re doing a good job at getting to people. We’re getting to 94% of all burglaries and nearly 100% of residential burglaries.

“There’s ways and means you can do it and once you do some problem solving around it hopefully those numbers and demands will decrease, but you’ve got to give it that focus.”

But some victims are fed up and have lost confidence in the police.

Martin McLaughlin runs a charity shop in Bolton. He says it’s been burgled eight times in the last 12 months – within little or no action – he’s given up on reporting incidents all together.

“When you ring them up, all you get is a crime number. I don’t need a crime number, I need them to stop the people who are causing damage to the charity shop.”

GMP admitted it needed to do more in order to convince people like Martin.

As forces across the country adopt the model of attending every burglary, they could be faced with huge resourcing issues.

Marc Jones, chair of the association of police and crime commissioners, said: “It is going to be a challenge, particularly in large urban areas, but it is the right thing to do.

“Police chiefs had made this a priority, they have collectively agreed they will meet this challenge and they will be held accountable for delivering it.”

Burglary is a crime deeply invasive and often terribly traumatic – the anguish of a case unsolved only adds to it.

With pressure mounting on police to improve their response, it’s hoped this landmark agreement will bring about change.