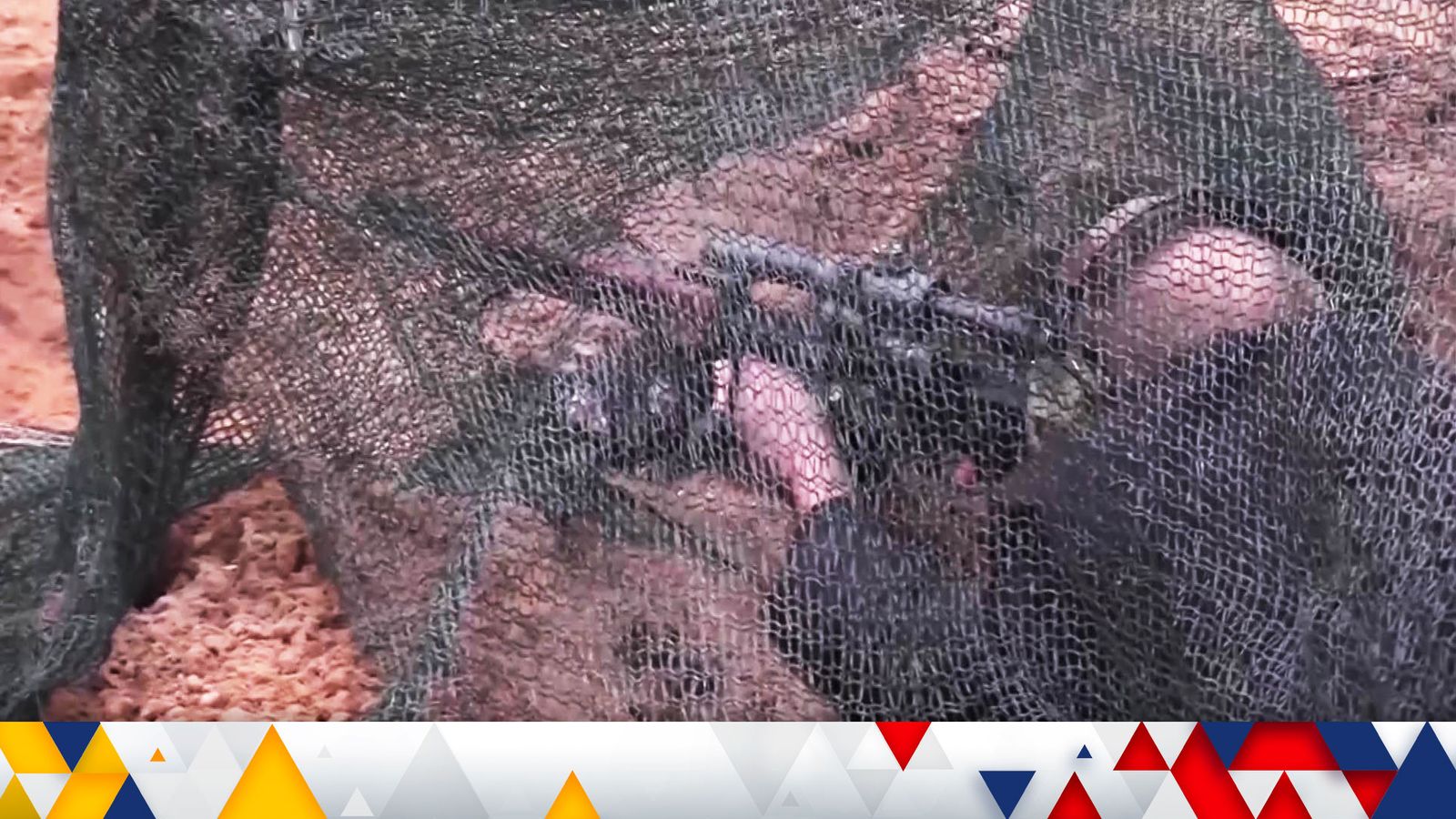 Russian President Vladimir Putin has been shown firing a sniper rifle while visiting a training facility for reservists.

Footage of the inspection of the military boot camp in the Russian region of Ryazan, southeast of Moscow, is thought to have been aimed at showing progress in rectifying problems with training and supplies.

Russian TV showed him lying under a net on a field, wearing goggles and ear protection, and shooting a rifle.

The officer displayed winter boots, clothes, cooking utensils and other supplies – all to counter images Russians have posted on social media of shabby or non-existent gear for newly mobilised troops.

However, the exodus from Russia in the wake of Mr Putin’s declaration of a “partial mobilisation” of 300,000 military reservists continues, with people scrambling to escape to neighbouring countries.

Ukrainian authorities said more than 3,000 Russians have called a hotline for soldiers who do not want to take part in the war and are asking to surrender.

It has been seen as an attempt to assert Russian authority in the annexed areas as he faces battlefield setbacks, a troubled troop mobilisation, increasing criticism at home and abroad, and international sanctions. Kherson residents line up to evacuate

Kherson city, with a pre-war population of about 284,000, was one of the first urban areas captured by Russia when it invaded Ukraine, and it remains a prime target for both sides because of its key industries and major river port.

Russian officials said 15,000 of a planned 60,000 residents had left the city as of Thursday in anticipation of intensified assaults.

In its latest briefing, the Ukrainian military said up to 2,000 mobilised Russian troops have arrived in the occupied Kherson region to “replenish losses and strengthen units”.

Ukraine’s swift recapture of vast swathes of territory in recent weeks has also seen an escalation in the war, with the Russian leader accusing the West of engaging in “nuclear blackmail” and warning he would use “all the means available to us” if Russian territory is threatened.