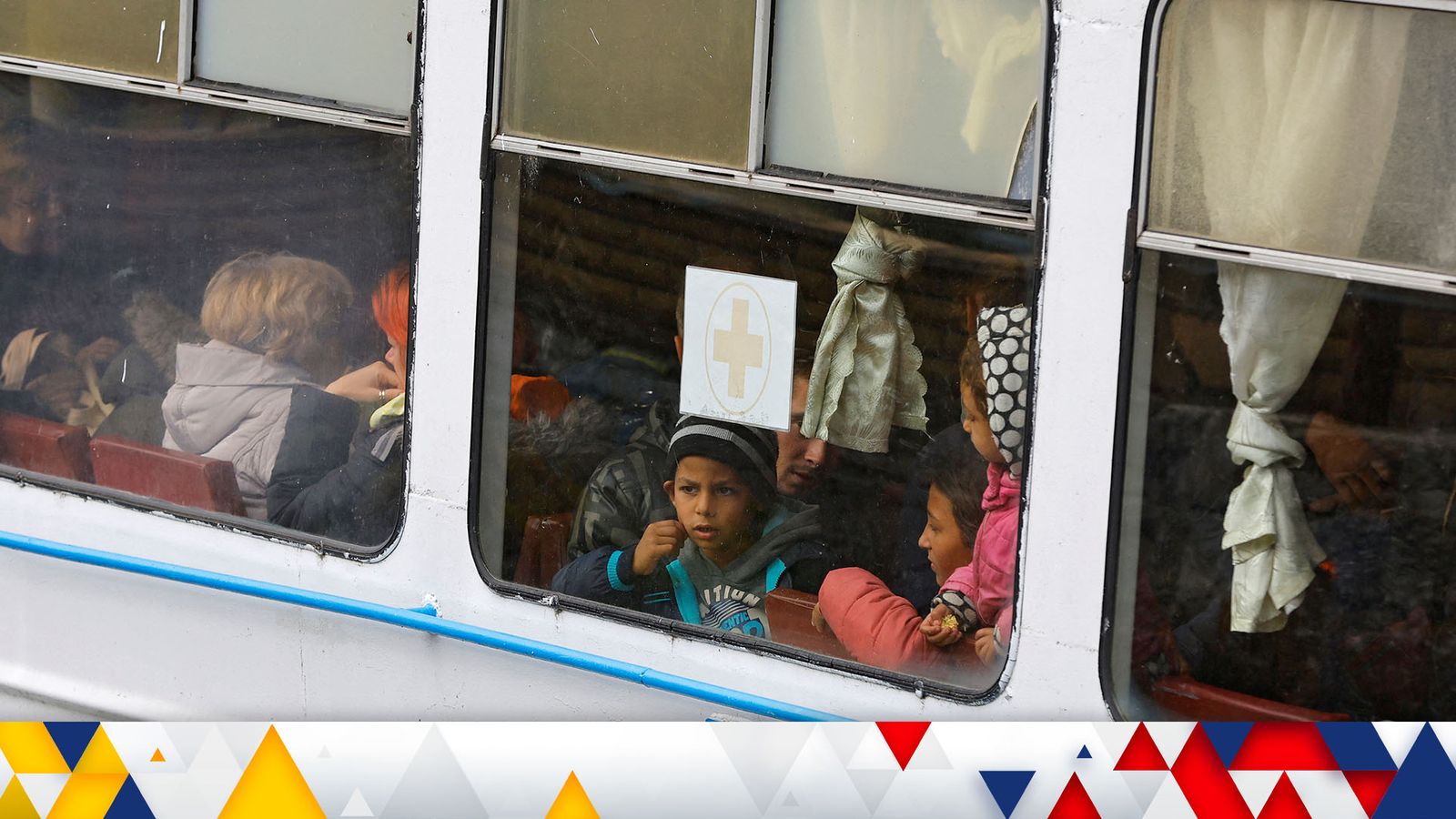 Russian-installed authorities in the southern Ukrainian city of Kherson have ordered an “immediate” evacuation of residents, amid warnings of a looming Ukrainian counter-offensive to recapture the city.

In a Telegram post, authorities called on all civilians of Kherson to leave the city “immediately”, citing the “tense situation” and increased danger of shelling.

While thousands of civilians have been leaving for days across the Dnipro River, today’s warning by Russian authorities marks an urgent development.

Residents have been advised to use boat crossings to move deeper into Russia-held territory.

The city is the capital of a region of the same name, which was one of four regions illegally annexed by Russia last month following referendums labelled a “sham” by the West.

The city is strategically important and a prime objective for both sides because of its major river and seaport.

The warning comes as Ukrainian forces advance along the west bank of the Dnipro River, aiming to recapture the city.

On Friday, Ukrainian forces bombarded Russian positions across the province, inching closer to a full assault on its capital as they targeted resupply routes. 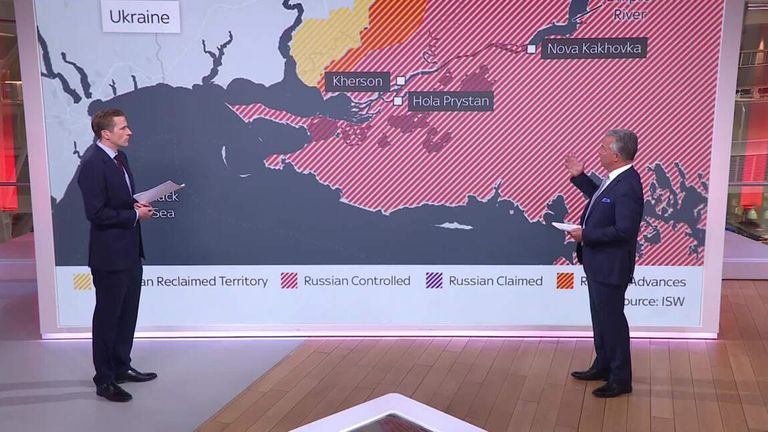 What is happening in Kherson?

In its daily intelligence update, the UK’s Ministry of Defence said Russian forces are continuing to reinforce crossing points over the Dnipro River in Ukraine, but are facing “increasing pressure” in Kherson.

All departments and ministries of the Russian-installed administration in Kherson have also been told to leave.

This week, Russian commander General Sergei Surovikin said the situation in Kherson was “already difficult” and that Russia was “not ruling out difficult decisions” there.

However, in a briefing on Saturday, the Russian defence ministry said its forces had repelled a Ukrainian attempt to break through its line of control in Kherson region. Reuters was unable to independently verify these claims.

Ukrainian forces have recaptured a number of villages in the region during its counter-offensive.

‘More than a million’ without power

The force’s command reported that 33 missiles had been fired at Ukraine on Saturday morning and that 18 of those had been shot down.

Presidential adviser Kyrylo Tymoshenko said that as of Saturday afternoon, more than a million people across Ukraine were without power, with 672,000 of those in the western region of Khmelnytskyi alone.

In the past two weeks, Russia has increased its attacks on power stations, water supply systems and other key infrastructure.

The state energy company Ukrenergo has urged all Ukrainians to conserve energy.

Earlier this week, Ukrainian president Volodymyr Zelenskyy called on consumers to curb their power use between 7am and 11am daily.

50 migrants diagnosed with diphtheria in UK this year, with most in last two months
Army standing by to fill roles during NHS strike – as more workers walk off their jobs
Boy, 10, ‘shot mother dead after she refused to buy him VR headset’
Jennifer Lopez says romance with Ben Affleck has a ‘would-never-happen-in-Hollywood ending’
The protesters on streets across China know what will follow for them