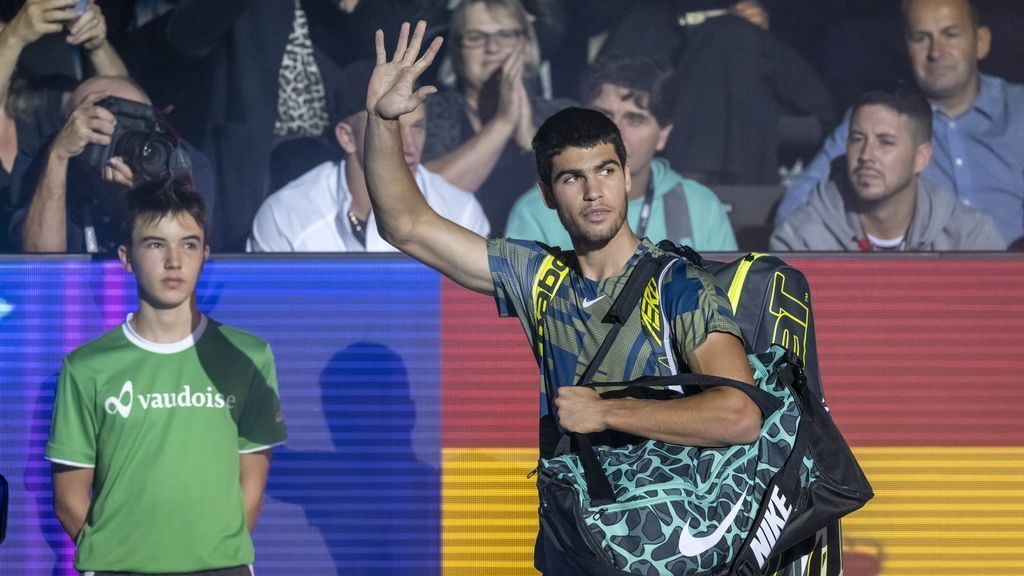 BASEL, Switzerland — Top-ranked Carlos Alcaraz rallied to beat Jack Draper 3-6, 6-2, 7-5 in the first round of the Swiss Indoors on Monday.

Alcaraz clinched with his third match-point chance, firing a forehand winner when following in a strong serve that left-hander Draper stretched to return.

The first Basel tournament since before the COVID-19 pandemic was intended to be Roger Federer’s hometown comeback on tour. But the Swiss great ended his career last month because of a persistent knee injury.

The 19-year-old Alcaraz and the 20-year-old Draper had a combined age of less than Federer’s 41 years, and both were playing for the first time at Basel, where he won a record 10 titles from 2006 to 2019.

Alcaraz raised his game in the second set and forced two service breaks without allowing Draper a chance.

The victory was the Spaniard’s first on tour since winning his first Grand Slam singles title, the US Open, last month. He lost in straight sets to David Goffin in a first-round match three weeks ago in Astana, Kazakhstan.

The Belgian former top-10 player, now ranked No. 53, got a wild card into the tournament where he lost the 2014 final to Federer.