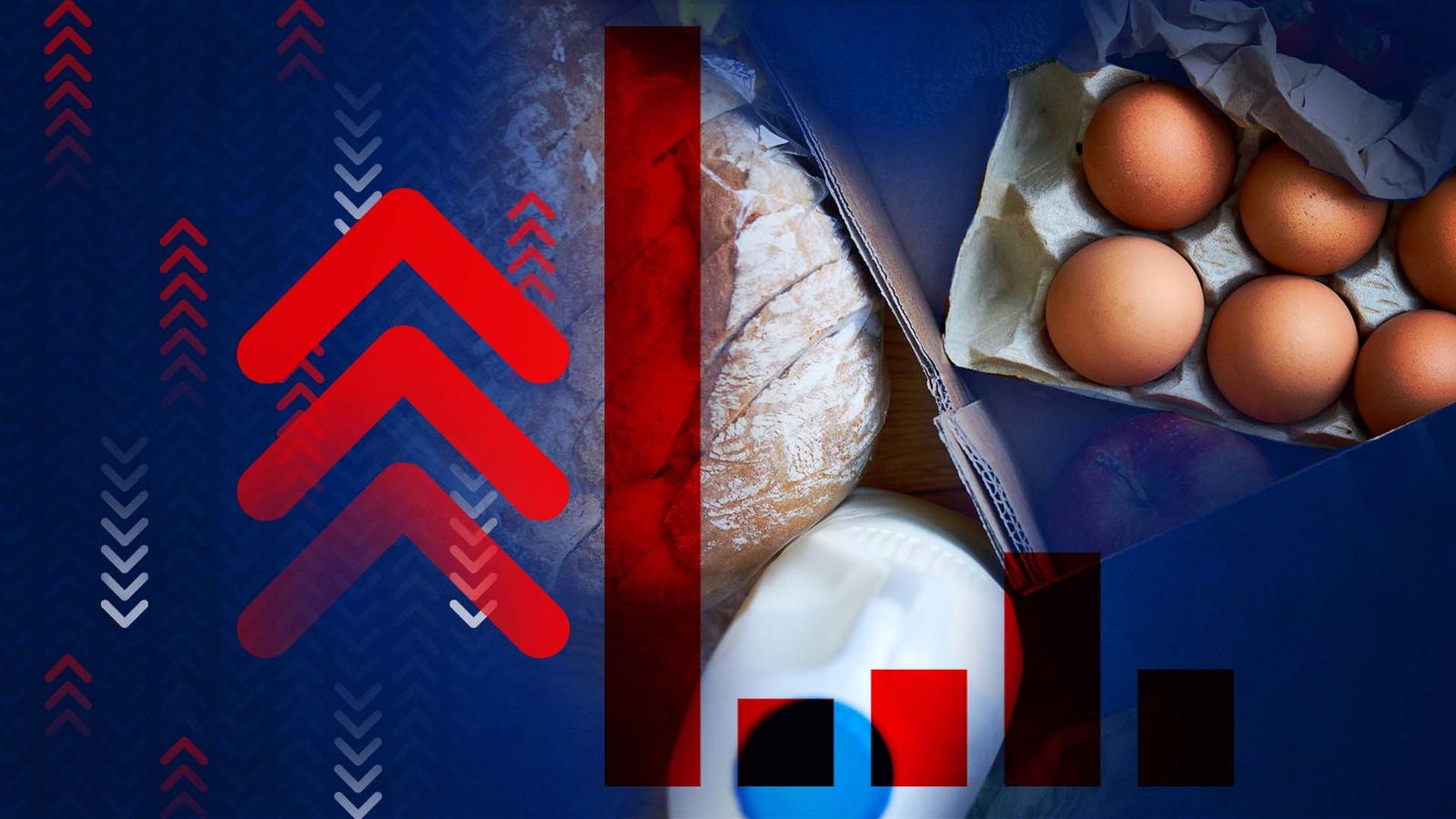 The price of low-cost everyday grocery items has increased 17% in the 12 months to September, data from the Office of National Statistics (ONS) has shown, more than the average rate of food and drink inflation.

The figures, based on web-scraped supermarket data for 30 everyday grocery items, showed the cost of items had already increased 7% in the year up to April.

The increase in low-cost food is greater than the overall rate of inflation for food and drink that was released by the ONS last week. That rate stood at 14.5%.

Some items did reduce in price.

Read more:
Why are food prices rising at the fastest rate since 1980?
Almost half of adults finding it difficult to afford their bills
How can I plan my finances now?

While announcing the data, the ONS cautioned that it had been produced using new, innovative methods and as a result was less robust than official statistics.

For half of the 30 sampled items monitored, the average lowest price, across the retailers, increased at a faster rate than the latest available official consumer price inflation measure for food and non-alcoholic beverages, the ONS said.

But it added that caution should be taken when comparing with the official measure of food and drink inflation as it contains many more than the 30 items used in this analysis and different methodology.

For example, items may not always be available instore or online, which is reflected in the data collected, so the analysis can be sensitive to product availability and the specific products that are being substituted.

China ‘played a great game’ on lithium and we’ve been slow to react, industry CEO says
Joules secures Next rescue with most stores and jobs saved
China COVID crisis prompts sharp falls in oil and stock markets
The Hypnotoad, a Mercedes and those postgame videos: 12 stories to explain TCU’s 12-0 season
Mortgage approvals dive in the wake of Truss mini-budget chaos