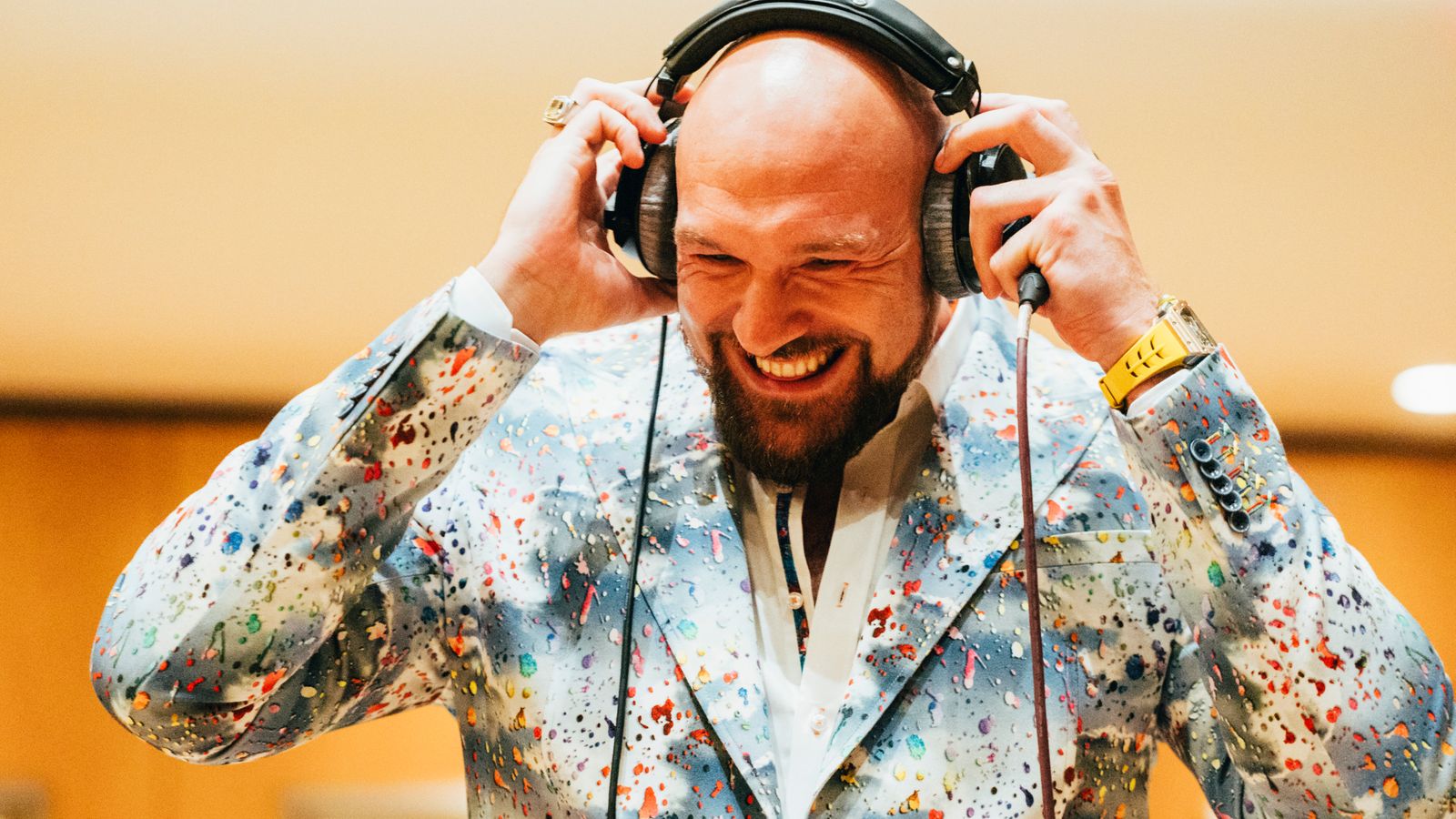 Tyson Fury is releasing a version of Neil Diamond’s Sweet Caroline for a mental health charity.

His fans often belt out the song before his fights and the world heavyweight champion is well known for singing classics such as American Pie and Walking in Memphis in the ring.

The boxer has now been in the studio and the track will be released on 11 November, three weeks before his bout against fellow Briton Derek Chisora in London.

All proceeds will go to Talk Club, a men’s mental health charity that offers talking groups, sports groups and other therapy.

The 34-year-old has previously spoken frankly about his own struggles and suicidal thoughts.

“Boxing has been a massive platform for me to spread the word on mental health and I have done it to the best of my ability,” said Fury.

“I have been very vocal about my mental health struggle, especially since my comeback.

“It has been widely printed about my highs and lows, ups and downs, so I’ve tried my best to keep talking about it as much as I can and keep trying to smash the stigma.”

Fury says he also hopes his version of Sweet Caroline will go down well with England fans heading to the World Cup in Qatar, with the tournament starting next month.

The song is also popular with football fans and was sung by supporters after the Lionesses’ Euro 2022 triumph.

There’s also a special dance remix being worked on, according to record label bosses.

It’s also not the first time Fury has been in the studio – he recorded a duet with Robbie Williams for the star’s 2019 Christmas album.

Fury’s next fight is at the Tottenham Hotspur Stadium on 3 December when he takes on Chisora for a third time.

Anyone feeling emotionally distressed or suicidal can call Samaritans for help on 116 123 or email jo@samaritans.org in the UK. In the US, call the Samaritans branch in your area or 1 (800) 273-TALK.

50 migrants diagnosed with diphtheria in UK this year, with most in last two months
‘Living in a nightmare’: Kyiv families without water or electricity in suffering ‘worse than WWII’
London firefighters who abused colleagues face the sack as report reveals toxic culture
Allen leads Bills to first AFC East win of season over Patriots
Tesla Semi completes first 500-mile trip with a full load