A woman has been found guilty of murdering and decapitating her friend in a row over money.

Jemma Mitchell, 38, had been accused of killing pensioner Mee Kuen Chong and dumping her headless body more than 200 miles away in Devon in order to inherit hundreds of thousands of pounds.

Mitchell, an alternative therapist, hit the 67-year-old over the head with a weapon at her London home and left her decapitated and badly decomposed body in woods in Salcombe, two weeks later.

The prosecution claimed Mitchell had planned to murder the divorcee, known as Deborah, and fake her will to inherit the majority of her estate which was worth more than £700,000.

Mitchell denied having anything to do with her friend’s death and declined to give evidence at her trial at the Old Bailey.

“The motivation for Jemma Mitchell’s actions was money and she showed a significant degree of planning and calculation as she attempted to cover up her horrific actions. The cold facts of this case are shocking,” he added.

Remains stored in the garden

More than four hours later, she emerged from the property in Wembley, northwest London, with the suitcase appearing bulkier and heavier.

The prosecution said CCTV appeared to show Mitchell struggling to carry the unwieldy suitcase because it contained a body. She also had a bag of Ms Chong’s financial documents, which were later recovered from Mitchell’s home. 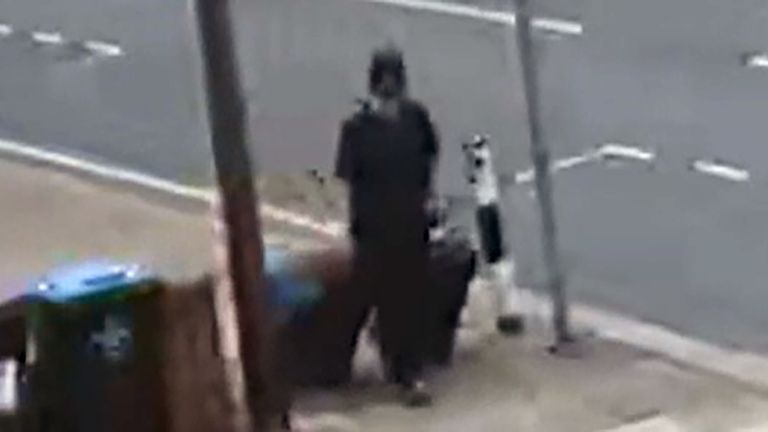 After Ms Chong’s lodger reported her missing, Mitchell claimed she had gone to visit family friends “somewhere close to the ocean”.

The prosecution suggested Mitchell had decapitated Ms Chong and stored her remains in the garden of the house she shared with her retired mother in Willesden, northwest London.

On June 26 last year, Mitchell stowed the body inside the suitcase in the boot of a hire car and drove to Devon.

On her way to Salcombe, Mitchell was forced to drive into a service station after the car blew a tyre. A repairman who changed the wheel described an “odd musty smell” inside the vehicle.

Ms Chong’s headless body was found by holidaymakers beside a woodland footpath near Salcombe the next day.

Her skull was recovered a few metres away from the body following a police search.

A post-mortem examination confirmed that Ms Chong had suffered a skull fracture along with other injuries consistent with an assault.

Forged will found in Mitchell’s home

The court heard that Mitchell and Ms Chong, who met through church, had exchanged several messages about renovating Mitchell’s home in Willesden.

Jurors were told that Mitchell came up with the plan to murder Ms Chong after she backed out of giving her £200,000 to pay for repairs for Mitchell’s £4m dilapidated family home.

After her corpse was discovered, police found a forged will of Ms Chong’s leaving the bulk of her estate to Mitchell.

The blue suitcase had been stored on the roof of a neighbour’s shed and although no forensic evidence was recovered from it, Ms Chong’s DNA was identified on a bloodstained tea towel in a pocket.

On her website, Mitchell had claimed she was “attuned to subjects in neuroanatomy, genetics and dissection of human cadavers”. It can now be reported that she has a conviction for a breach of a non-molestation order relating to family members.

Mitchell was remanded into custody and will be sentenced on Friday.