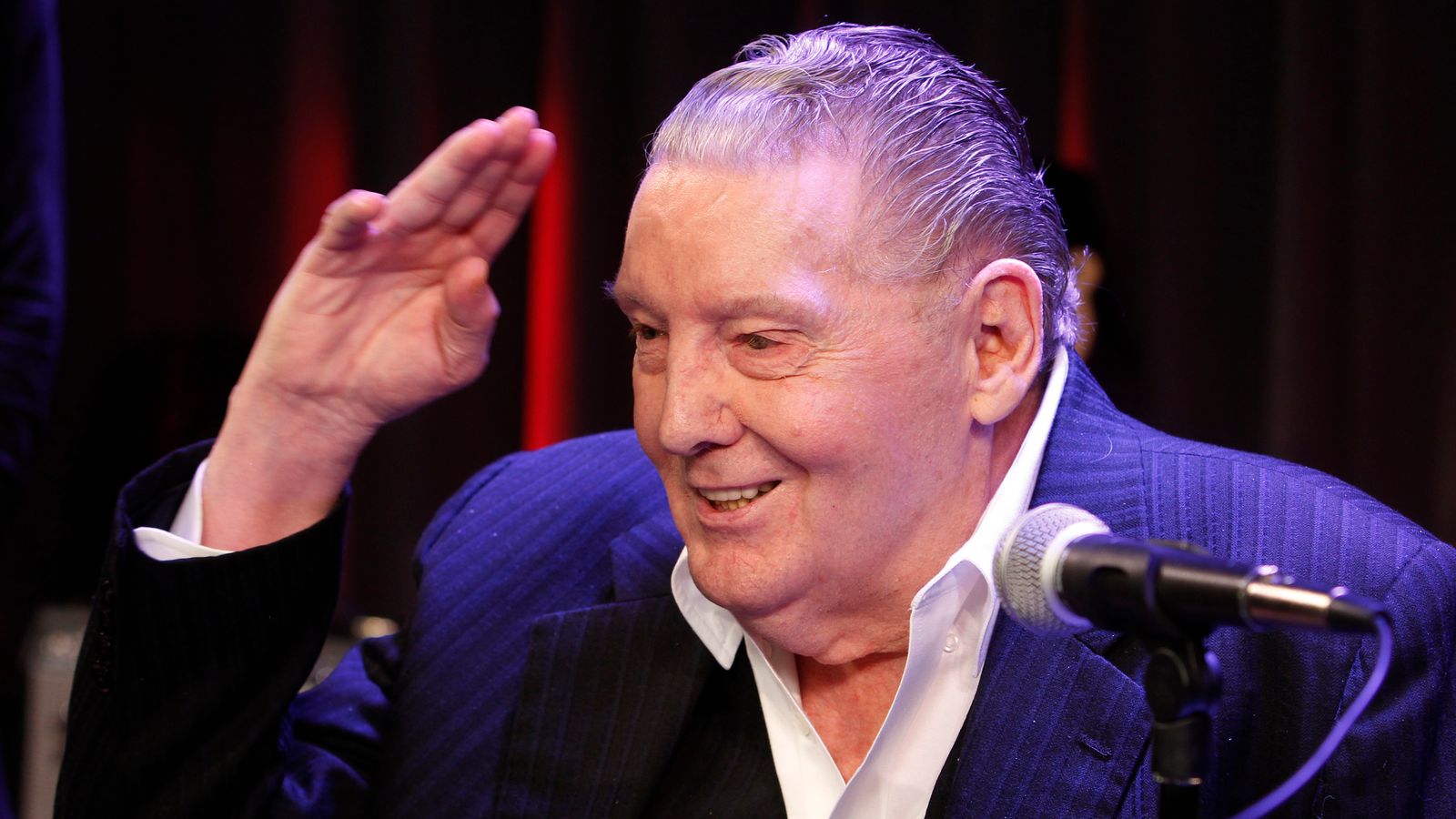 The rock n’ roll pioneer – who called himself The Killer – was also known for the song Whole Lotta Shakin’ Goin’ On and was the last survivor of a generation of groundbreaking performers that included Elvis Presley, Chuck Berry and Little Richard.

He was once described as “a one-man stampede”. During a 1957 performance of Whole Lotta Shakin’ Goin’ On for a TV show, chairs were thrown at him.

“There was rockabilly. There was Elvis. But there was no pure rock ‘n ‘roll before Jerry Lee Lewis kicked in the door,” he famously said about himself after the show.

However, his private life was mired by scandal.

For a brief time, in 1958, he was a contender to replace Presley as rock’s number one, after Elvis was drafted into the Army.

But while Lewis toured in England, the press discovered he was married to 13-year-old (possibly even 12-year-old) Myra Gale Brown. She was his cousin, and he was still married to his previous wife.

His tour was cancelled, he was blacklisted from the radio, and his earnings dropped overnight to virtually nothing.

“I probably would have rearranged my life a little bit different, but I never did hide anything from people,” Lewis told the Wall Street Journal in 2014 when asked about the marriage. “I just went on with my life as usual.”

Over the following decades, Lewis struggled with drug and alcohol abuse, legal disputes and physical illness.

Two of his seven marriages ended in his wife’s early death. Brown herself divorced him in the early 1970s, and would later allege physical and mental cruelty that nearly drove her to suicide.

“If I was still married to Jerry, I’d probably be dead by now,” she told People magazine in 1989.

Lewis reinvented himself as a country performer in the 1960s, and the music industry eventually forgave him.

He won three Grammys, and recorded with some of the industry’s greatest stars, including Mick Jagger, Keith Richards, Sheryl Crow and Tim McGraw.

Lewis had six children. One son, Steve Allen Lewis drowned in a swimming pool in 1962 aged three, and another, Jerry Lee Jr, died in a traffic accident at 19 in 1973.