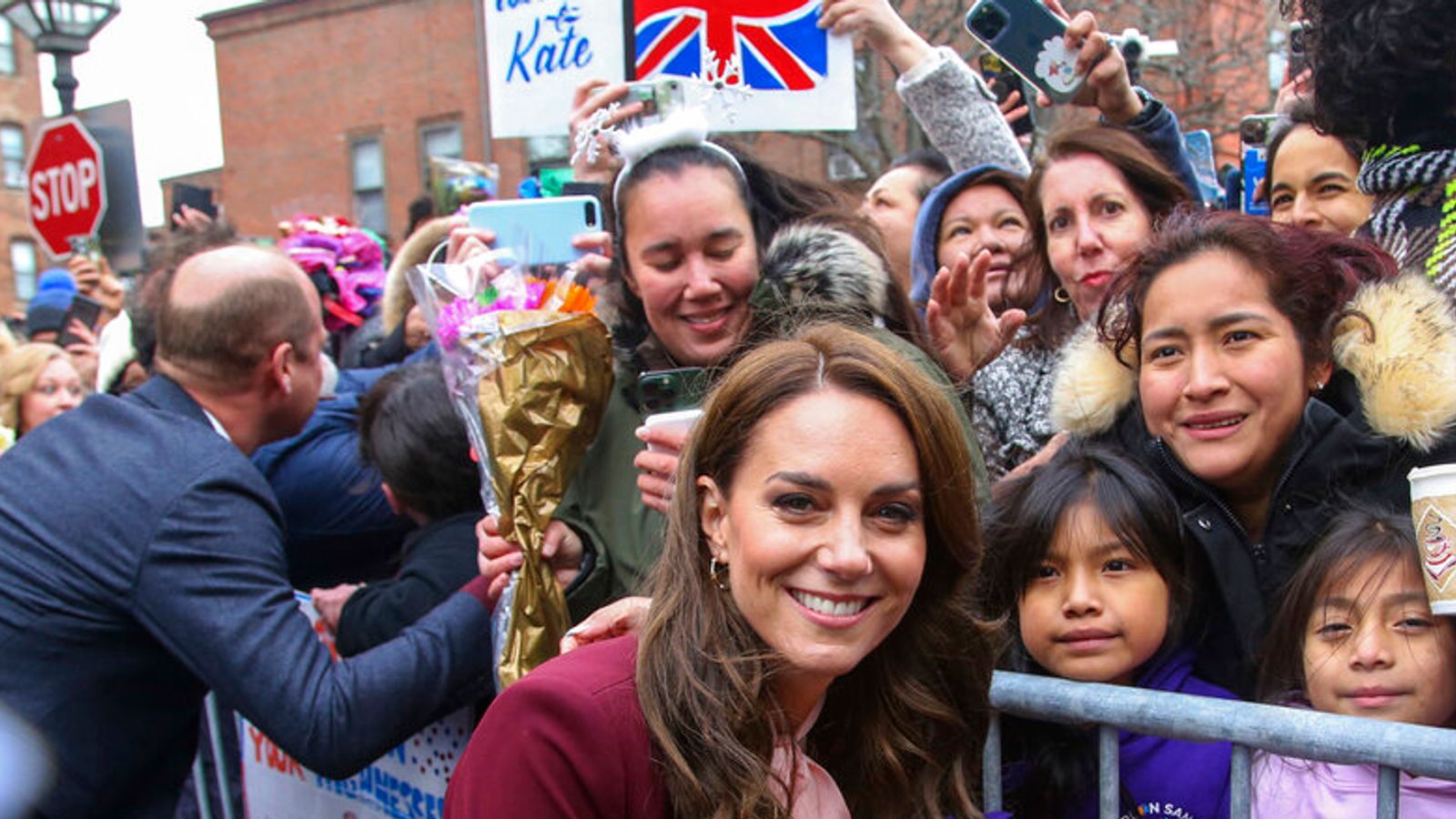 Prince William will be greeted by President Biden on the final day of his trip to Boston.

The Prince and Princess of Wales are in the northeastern city to announce the winners of the Earthshot Prize.

The couple’s three-day visit has been overshadowed by the Buckingham Palace race row and the surprise release of Harry and Meghan’s Netflix trailer.

Both events have eclipsed engagements carried out by William and Kate, who are in the US for their first overseas visit since the death of the Queen.

The Princess of Wales is spending time at Harvard University.

She will visit the world-renowned Center on the Developing Child as part of her efforts to promote the importance of early years care.

Sources close to the princess said she is “passionate” about the subject and has been hoping to visit researchers at Harvard for some time.

In a different part of the city, Prince William will visit the John F Kennedy Presidential Library, where President Biden will formally greet him.

He will be given a tour of the museum by Caroline Kennedy, the daughter of JFK.

William will learn about President Kennedy’s Moonshot prize, which challenged America to put a man on the moon. It’s also the inspiration for the prince’s environmental Earthshot Prize.

The day will culminate with the star-studded Earthshot ceremony, where five winners will win prizes of £1m to help further their work tackling the climate crisis.

Read more:
Analysis – Royal visit overshadowed by barrage of bad news
Harry and Meghan’s trailer in 11 snaps – and what they show

This year there are two UK finalists, including Notpla, which makes a seaweed-based alternative to plastic packaging, and Low Carbon Materials, a company working on environmentally friendly building materials.

Singer Billie Eilish will headline the entertainment at the ceremony, with Annie Lennox and Ellie Goulding also appearing.

The royals’ visit to America has not gone as planned. It had been hoped the trip would help positively promote the Royal Family on a global stage.

This is now William and Kate’s last day in America and a final chance to showcase the causes they care about.