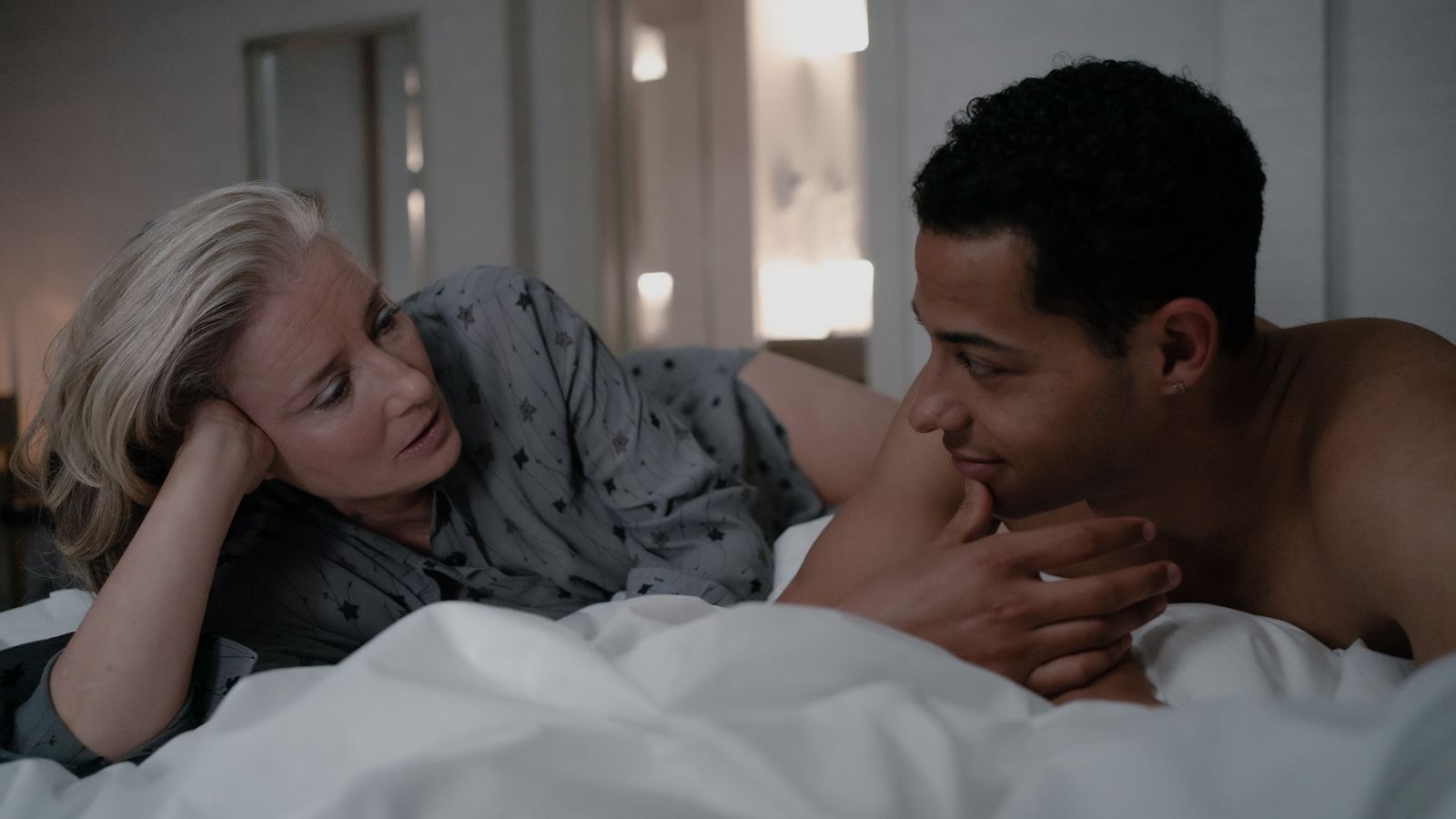 Receiving a BAFTA nomination is always going to be an honour, but for one of those on the shortlist for the best actor award it came at the perfect time – just days before his 30th birthday.

Daryl McCormack, who already knew he was in the running for the EE Rising Star trophy, found out on Thursday that he’d also been nominated for one of the top awards for his performance in Good Luck To You Leo Grande, in which he plays a male sex worker hired by a retired teacher played by Dame Emma Thompson.

He told Sky News’s Backstage podcast it feels “amazing” to be nominated.

“This essentially is the first time I’ve been a lead in a film,” McCormack said.

“To be so lucky to do the film with Emma [Thompson] was such a blessing to start with, and it was such a small project for us and it’s so close to our hearts, so to see this kind of response is so, so amazing.

“I am very, very chuffed and I turn 30 this Sunday as well, so it’s like the best birthday gift I could honestly get.”

Somewhat self-deprecating the actor admits he was doing something fairly mundane as the nominations were announced.

“I found out when my agent called me – I was on my way to the post office to collect something, and I thought it was just with regards to an audition or something,” he explained.

“And he just started yelling on the phone and I got so confused about why he’s yelling!

“And then he went on to tell me that I got nominated, so it’s been great, I’m absolutely thrilled.”

The film has a total of four nominations – including outstanding British film and a best actress nomination for Dame Emma Thompson.

McCormack says he spoke to her soon after finding out the news.

“I called her and she jokingly was like, what do you want? But I think she knew the reason I was calling her,” he said.

“And we’re just delighted that we can go together, this is such a small film that we made like over a year ago now – to see all the love and support that’s come its way and then to get to the BAFTAs and to go together and celebrate alongside [the movie’s writer] Katie Brand, who got nominated for outstanding debut.

McCormack, who grew up in County Tipperary, is one of six Irish stars to be nominated in the main performance categories – in fact, there are more Irish nominees than British ones.

For best actor, he’s up against Paul Mescal for Aftersun and Colin Farrell who has already won a Golden Globe for his role in Banshees Of Inisherin, as well as Austin Butler, Brendan Fraser and Bill Nighy.

McCormack says it’s an amazing group to be part of.

“I’m such fans of both Paul and Colin, who are both in the category,” he said.

“You know, I’ve always looked up to the Irish actors that have gone on, you know, globally and just display their talent and to be among them this year is really an honour.”

“I don’t think there will be any rivalry, I’m just so grateful to be a part of it and to say hello and to wish them well as well – I look forward on the night to meeting them and wishing them all the best of luck, you know.”

So who does a first-time nominee invite as their plus one to one of the film industry’s most exciting awards ceremonies?

McCormack says he already has a date lined up.

“I’m getting to bring my grandfather Percy who is very dear to me.” He revealed.

“He lives in the States and he’s about 80 years old, so I just thought this is a great chance for him to really be there beside me.

“He supported me all my life, so it’ll be really special to share it with him… and he’s going to look really good on the [red] carpet because he’s very, very handsome, he’s very dapper, so I think I’m going to have some competition from him actually if anyone.”

Looking at the nominations overall, it might not have been one of the front-runners going into awards season but the German war drama All Quiet On The Western Front is leading with 14.

It means it’s tied with 2000’s Crouching Tiger, Hidden Dragon as the movie not in the English language with the most nominations in BAFTA’s history.

“The point is we’re an arts charity and we want to shine the light on the best of film from around the world,” he said.

“We want the public to go and see these movies, so I think it’s amazing that a film not in the English language, that has got subtitles, the public hopefully will go and see it – will see this movie.”

Hear our reaction to the nominations as well as an interview with nominee Cate Blanchett on the new episode of Backstage – the film and TV podcast from Sky News.