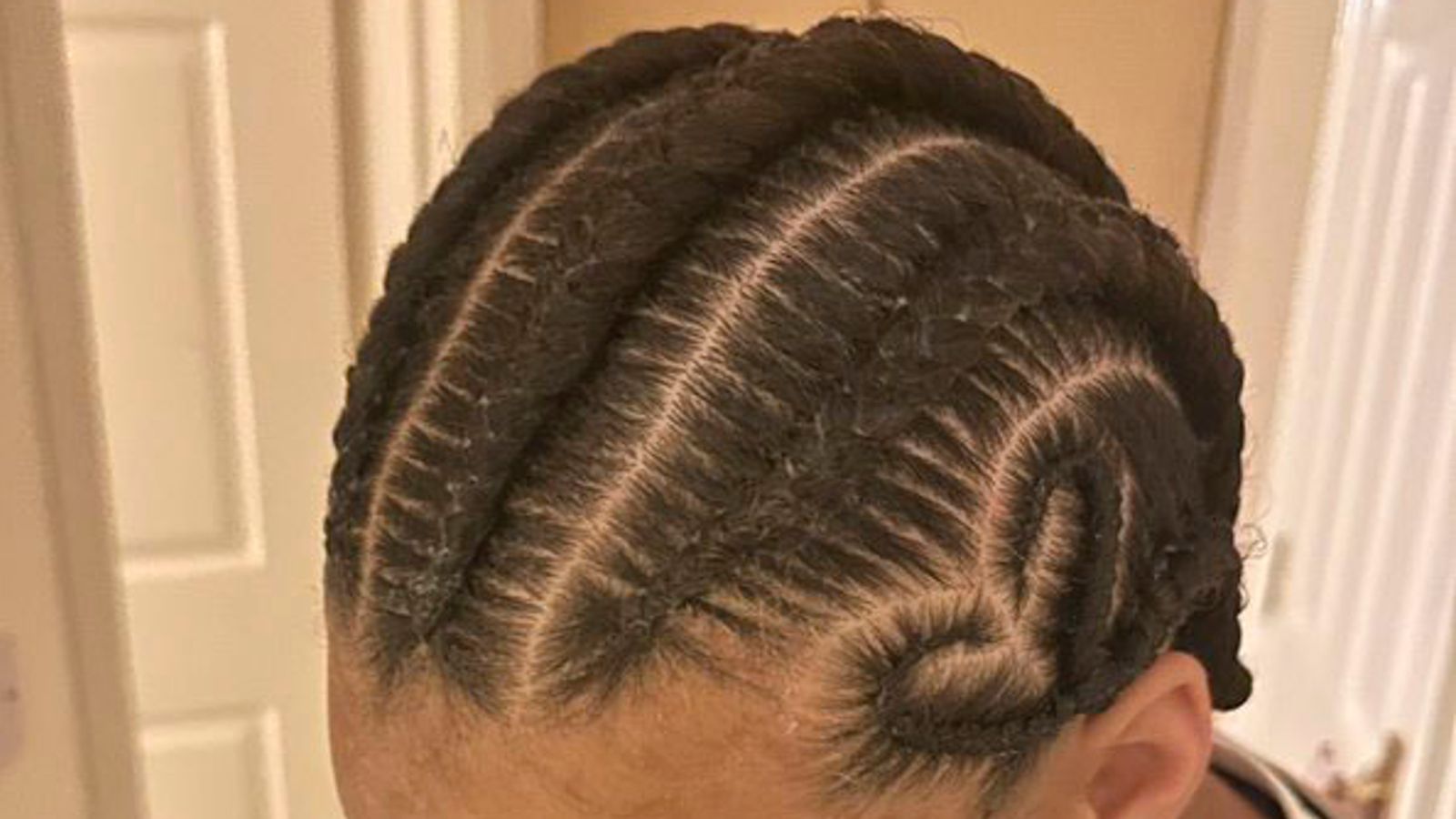 A mother has accused her daughter’s school in Birmingham of having a “racist hair policy” after she was “banned” from the canteen and playground.

Jade Samuels claimed her daughter was barred from the areas at Bishop Challoner Catholic College due to her braided hairstyle which featured a heart shape.

In a viral tweet which has more than 11 million views, Ms Samuel’s wrote: “My child is banned from the school playground/canteen for her hair, it’s neatly braided in a natural colour, I gave them a lesson on the history of black women’s hairs cultural significance of braiding, they chose violence, @BishopChalloner has a racist hair policy!!!”.

Ms Samuels said the school had an issue with the heart braided into her hair and claimed that her daughter had to sit on a table away from a friend in the canteen with other students who are not within the uniform policy.

The school’s uniform policy states that students should not have “shaved/razored hair styles or lines/patterns shaved into the hair” and a final decision on whether a style or cut is appropriate is “at the discretion of senior staff”.

In a statement, a spokesperson for the school said: “Bishop Challoner Catholic College is very clear that braids are allowed to be worn in school. If parents/carers have any issues, there are clear procedures in place which they can follow for their concerns to be addressed.

“The decision has been made that if shaved patterns are not permitted for students, then a braided pattern cannot be permitted on that basis.”

They added that the school follows standard procedure with students sitting apart in the canteen during break and lunch times until the uniform code is applied and are permitted to sit with friends at staff discretion.

Read more:
Schools that ban afros and cornrows might be breaking the law
Swimming cap for afro hair approved after it was banned at Tokyo Olympics

This includes styles such as afros, braids, cornrows, plaits, locks and head coverings.

In 2020, A-level student Ruby Williams received £8,500 in an out-of-court settlement against her school in east London, The Urswick School, after she was repeatedly sent home because of her school’s policy that banned afro hair of “excessive volume”.